(March 7, 2019)- The Ministry of Education (MoE) late last year announced that for the first time in Guyana’s history, robotics will be introduced to all primary schools across the country. This undertaking is one step closer to fruition as the MoE finalizes plans for its rollout across the country later this year.

The Ministry of Education has begun engaging possible partners to execute this initiative. As such, A+ Technology and Security, an American company and a potential supplier whose speciality is in this area and has a proven track record in the field of robotics and similar technologies met with senior officials of the Ministry of Education yesterday. 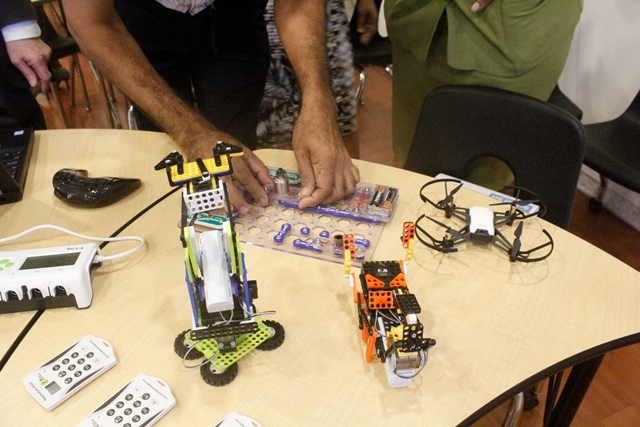 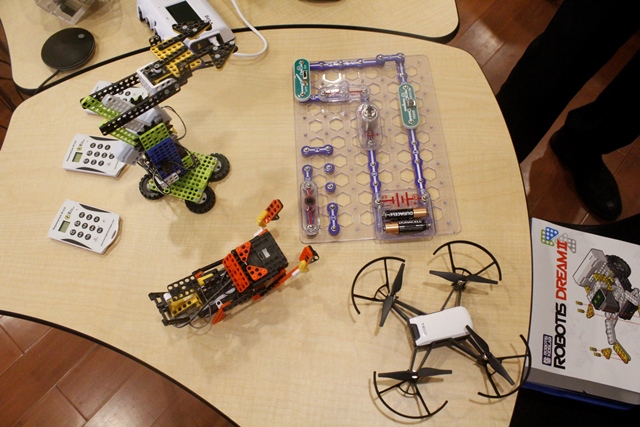 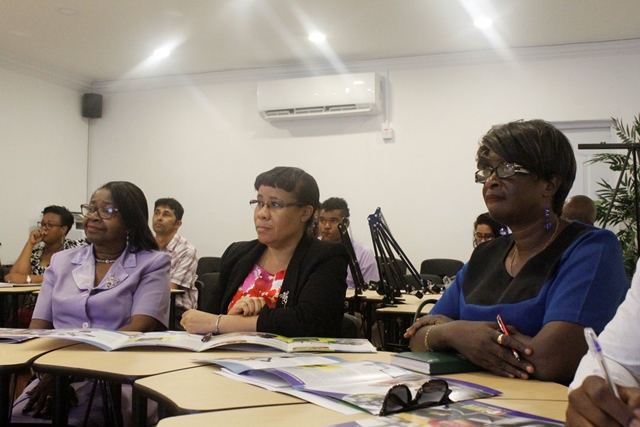 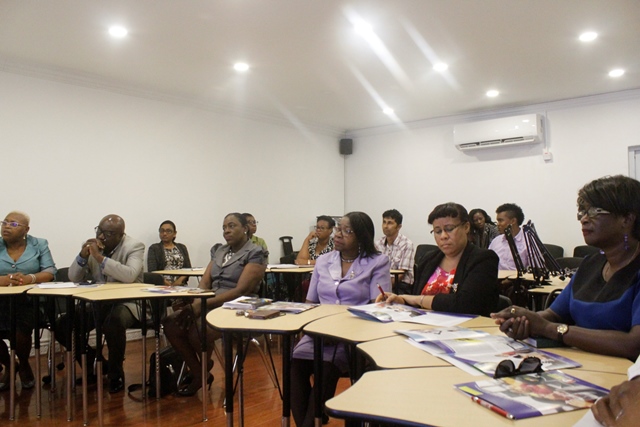 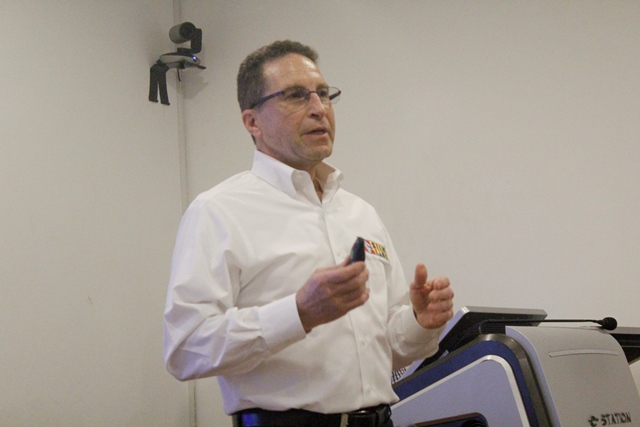 President of the company Mr David Antar facilitated a demonstration on the use of robotics in the smart classroom of the National Centre for Education Resource Development (NCERD). This demonstration was witnessed by senior officials of the MoE including, Minister of Education Dr Nicolette Henry, Chief Education Officer, Mr Marcel Hutson, Permanent Secretary Ms Adele Clarke among other officials.

During the demonstration, the officials were introduced to drone blocks and different aspects of robotics. Mr Antar commended the MoE for the direction in which Guyana’s education system is going and opined that with the introduction of robotics the education sector can only get better while modernizing and producing critical thinkers.
Proffering his professional opinion on robotics in schools, Antar said that he has seen how this technology has transformed the lives of children living in difficult neighbourhoods in the United States of America.

Further, he said that the introduction of robotics in the primary schools will serve as a stimulant for children at a young age since this technology gets them excited and involved.
Additionally, the A+ Technology President said that robotics in the school system gives the children hands-on experience of putting the robots together and programming them to execute different functions. He noted in the past that some children were uninterested about getting into the STEM (Science Technology Engineering and Mathematics) subjects but with robotics, this will certainly change since this form of technology captures their interest.

Added to that, Antar believes that the introduction of this technology to the education system will widen the human resources pool of the country and this he asserts will have a positive developmental impact for Guyana going forward in the context of the country’s emerging Oil and gas sector.

Notwithstanding the foregoing, Antar said the most important aspect of this exercise is to ensure that there are adequate training and professional development for teachers to be able to properly teach this new area.

However, the IT specialist was adamant that although this is a new frontier for Guyana, grasping a good understanding of the technology will not be difficult and Guyana can be a model for other countries in the region.

Ultimately the Ministry of Education, according to Antar will have to train teachers from across the country, who will, in turn, serve as ‘Turn Key’ trainers and will eventually fan out across the country to train other teachers to properly teach robotics. When robotics are introduced in primary schools later this year, it will make Guyana the only country in the Caribbean to do so.