—Several APNU+AFC ballots did not carry the required stamp

It has been revealed that several ballots cast for the APNU+AFC in the March 2, General and Regional Elections, were not stamped with the official six-digit stamp.

This is according to Executive Member of the APNU Aubrey Norton who told members of the media today, this was found to have happened in several regions and was revealed as the recount continues. 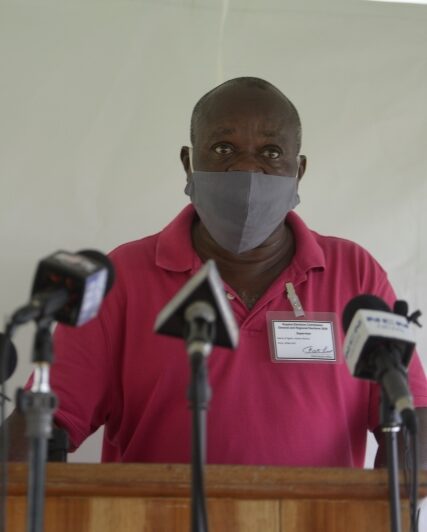 “In District Four ballot box number 4174 there are 12 rejected ballots because the PO did not stamp it and all of them were for APNU+AFC,” Norton pointed out.

“They were cases where the ballots were mixed but they are supposed to be stamped on the day and they are not stamped.”

Norton posited that while some may say 12 ballots is not a significant amount if the issue consistently happens in numerous ballot boxes then the number will be significantly higher.

He reminded that a similar occurrence took place with the Region One ballots which has now afforded the coalition more votes than was previously awarded.

Norton said that it clearly shows that the statement of polls which are touted by the opposition are incorrect. He also noted “what is intriguing is that no votes belonging to the PPP are found in the APNU+AFC envelopes.”

Pointing to the fact that the recount for Region Five began just today he said: “We have always felt that the real story will begin to come out in Regions Five and Six.”