The $260Million reservoir which was funded by Cataleya Energy Limited will reduce vulnerability to drought and build resilience in Nappi and surrounding communities. Minister Allicock said the project was transformational and was in keeping with the government’s Green State Development Strategy.

Minister of Indigenous Peoples’ Affairs, Sydney Allicock and Chief Executive Officer (CEO) of Cataleya Energy Limited, Michael Cawood along with the Toshao Guy Fredericks and councillors of the Nappi Village at the Reservoir. 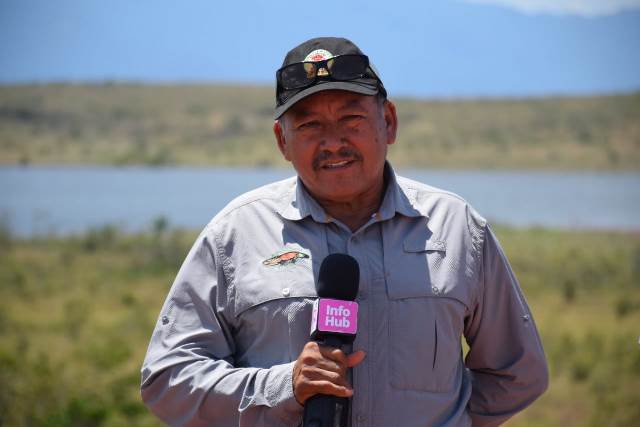 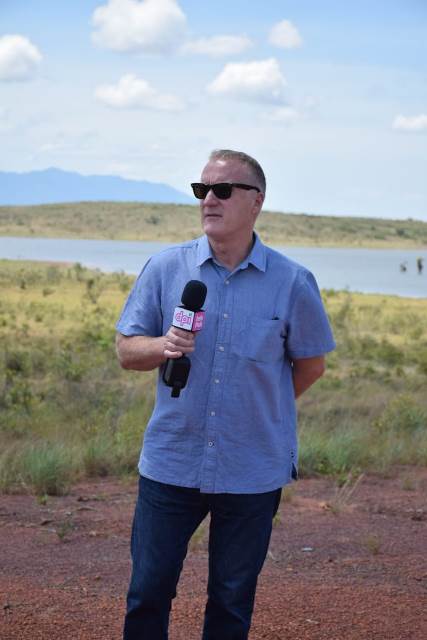 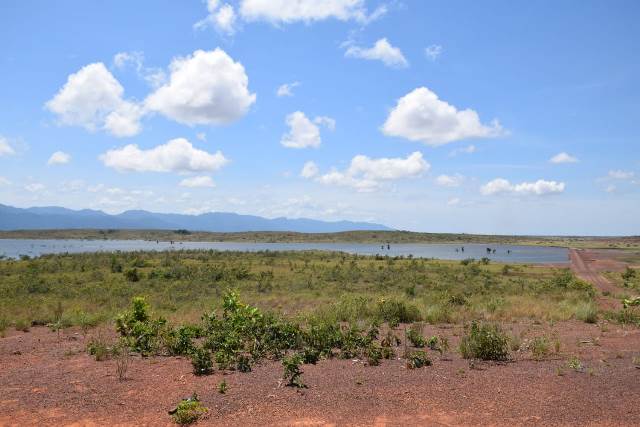 “The project has been successful and the interest of the council in using the reservoir to support community development is clear. They are discussing plans for agriculture, aquaculture and tourism and that’s great,” he said.

CEO Michael Cawood said the visit was a follow-up to discern the social and economic benefits the reservoir has produced. “It is good to see the reservoir filled with fish. The community has clear plans for its future use, including agriculture, aquaculture, cattle rearing, and even small cottage industries. This means the reservoir is serving its purpose…it reduces the impact of the dry season and is helping to propel the village’s development”. Cawood said he was pleased with the quality of the dam and was excited to report back to Cataleya Energy Limited’s shareholders of the good work that has been done.

Nappi’s Toshao Guy Fredericks thanked Cataleya Energy for the investment in the community. He noted that consultations are currently being facilitated by Conservation International with surrounding communities to agree on the use and management of the reservoir.

Community Development Officer (CDO) for the Central Rupununi, Vincent Henry, said the reservoir has helped to place the community and the region on the map for water conservation. He noted that the establishment and registration of “Leo’s Vegetable Farm”, a business that produces organic vegetables.

Henry also shared plans for the development of a world-class, cultural community centre that would raise the profile of the indigenous way of life.

The construction of the reservoir supports the Ministry of Natural Resources’ 2017-2020 Corporate Social Responsibility Framework, which outlines critical areas for support by natural resource actors. The reservoir has the capacity to hold 4.5 million cubic metres of water when filled and was commissioned by Minister Raphael Trotman in February this year.

Minister Allicock told the Village Council that the government will continue to support their efforts to develop their community, and are currently conducting a scoping exercise to better connect the villages and the region to Georgetown.