The Ministry of Agriculture’s National Agricultural Research and Extension Institute (NAREI) is encouraging farmers to engage in good pumpkin production practices. Pumpkin is one of the crops that are targeted for expansion under the Agricultural Diversification Project (ADP). 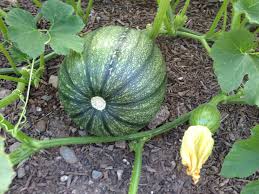 Pumpkin which belongs to the Cucurbitaceae family, (same as cucumber and melons) is a rich source of vitamin A and minerals and can be grown throughout the year. There are several varieties of pumpkin available locally including butternut squash. Pumpkins are distinguished from each other by skin colour and texture. In Guyana, mature fruits can weigh from 5 to 20 kilogrammes (kg).

During an interview, NAREI’s Chief Executive Officer (CEO), Dr. Oudho Homenauth highlighted that pumpkins grow well on soil that is “high in organic matter, has good moisture retention capability and is easily drained.” He added that soil with pH levels that range from 5.5 – 6.8 is ideal for this type of cultivation. 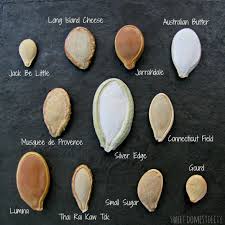 Materials prepared by the institution advise farmers to “Start land preparation by digging a half metre pit, about 30 cm deep. Fill the pit with manure. Make mounds (creating raised areas) preferably for the sowing of seed. These should be about 15cm high. Plant seeds three centimeters or one inch deep with four or five seeds per mound. Allow two metres (six feet) between hills, spaced in rows, three metres (10 feet) to four metres (15 feet) apart. When the young plants are established, thin each mound to the best two or three plants.”

According to NAREI’s experts, a soil test should be performed to provide precise recommendations for fertilizer applications. If the pH of the soil is less than 5.0 then limestone will need to be incorporated into the soil, at least two weeks before the sowing of seeds is the recommended guide for planting pumpkins.

Further applications of 15:15:15 should be made at the third, sixth and eight week at the rate of 100 g per mound.

Crickets cut the seedlings. These can be controlled by watering the soil with Basudin, or Vydate L at a rate of 10 milliliters (mls) to 4500 mls of water while cut worms are surface feeders that cut seedlings at or slightly above the soil surface and can be controlled the same way as crickets. 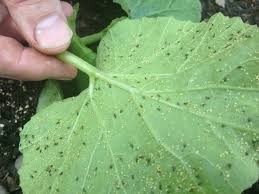 White flies are bugs that feed by sucking plant sap. Soap-based products should be applied in the morning or late in the evening. Other chemicals that can be used to control these bugs include Ad-mire, Pegasus or Basudin/Vydate L at 10mls to 4500 mls of water.

For severe infestations of mites, miticides such as Abamectin, Newmectin or Vertimec can be applied at 5 mls to 4500 mls of water, while for Aphids, which attack plants at all stages of growth and are usually found in dense clusters on the under surface of the young leaves and young tender stems insecticide such as Fastac, Decis or Karate at 6mls to 4500 mls of water can be used.

Powdery Mildew can result in serious losses of pumpkin. The white, powdery mold first appears on lower stems and petioles. As the disease continues to develop, the white moldy spots occur on the underside of leaves. Several fungicides are effective against powdery mildew. Systemic fungicides can be effective if applied at appropriate times during the season, even if symptoms are not obvious. 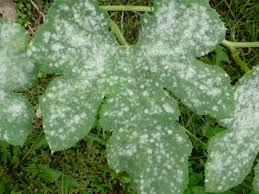 Downy Mildew is another fungal disease often identified on pumpkin crops. Yield loss associated with Downy Mildew is most likely related to soft rots after plant canopies collapse and sunburn occurs on the fruit. Broad spectrum protectant fungicides such as Mancozeb are at least somewhat effective in protecting against Downy Mildew infection.

For more control measures for both plant diseases and pest control farmers can contact NAREI or extension officers in their area.

Pumpkins begin bearing 12-14 weeks or 80-140 days after planting. Fruits are ready for harvesting when the tendrils start turning brown and the skin becomes hard.

Pumpkins can be stored for about 60-80 days if harvested properly. They should be picked only when the fruit’s surface is completely dry. NAREI advises that when picking, the fruit should be carefully clipped from the vine leaving about 2.5 cm of the stem attached to it. 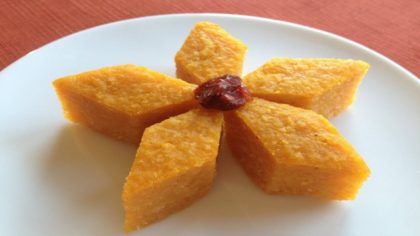 Pumpkins are used in a variety of Guyanese dishes; one loved by all is pumpkin pone. However, the fruit has great potential for revenue generation and can even attract foreign currency through export markets like it once did many years ago.