The National Library, situated at the juncture of Main and Church Streets in Georgetown, is celebrating 110 years today.

In observance of its over eight decades in existence, it will be hosting one week of activities – which commenced this morning with an interfaith service and a pictorial exhibition. The activities will be celebrated under the theme: “Preserve the past, embrace the future.” 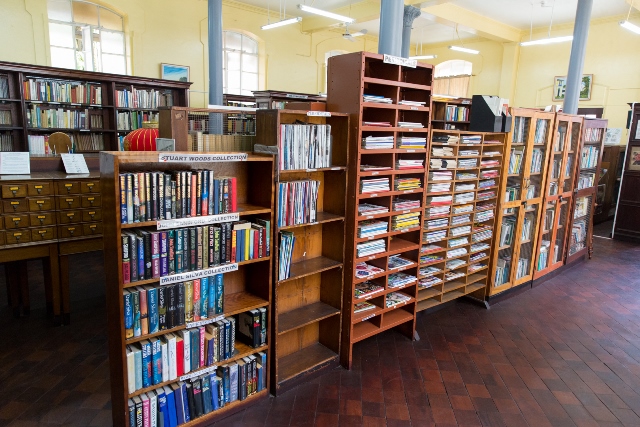 Books available for persons to read at the National Library. 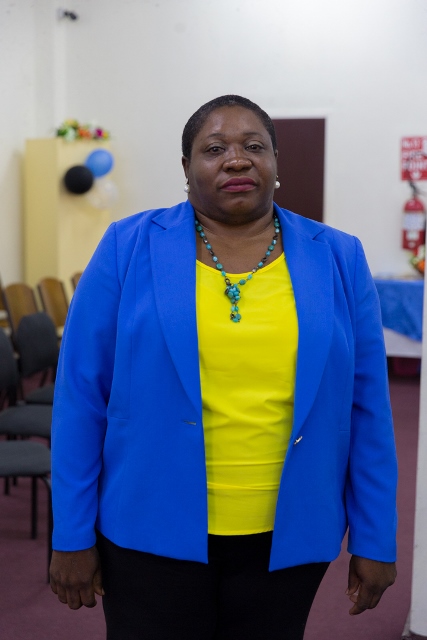 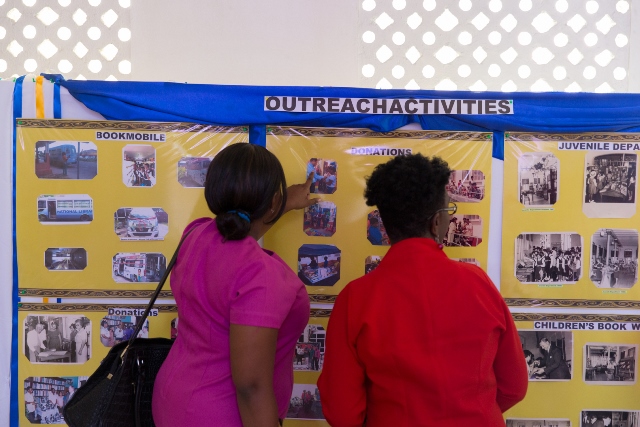 Persons viewing the pictorial exhibits at the Nation Library this morning.

Speaking with media operatives at the event, Chief Librarian, Emily King said the 2019 theme was chosen since the National Library is one of the nation’s repositories and reflects the role of the agency, which supports the preservation of material.

According to the newspaper and publication act of Guyana, since its establishment in September 1909, the library has persevered government publications and written works by Guyanese authors, and other persons in the diaspora. Those literary manuscripts are easily accessible to readers.

In terms of embracing the future, King said the library is working to keep abreast with technology. “We have portals online so that individuals can access our databases.” She said the government has been assisting with funding these initiatives, along with the business sector.

Among the list of activities for the 110th anniversary, on Thursday, there will be a health fair from 10:00hrs commencing on September 26. There will also be a champion readers competition targeting 110 primary school students from Grades 2 and 5. The event runs until November 14. Also, there will be the induction of several Guyanese writers from post and pre-independence to the wall of fame. “We want persons to know about the quality of writers Guyana had and still has,” the Chief Librarian explained.

“I think that if you embrace language, embrace reading, your understanding and your concept of our culture will be improved, and literature also gives you the motivation to write. So, I encourage persons to take advantage of the services the National Library offers,” Chief King underscored.