The small farming community of Perth located approximately three kilometers south of central Mahaicony in Region Five (Mahaica-Berbice), on the left bank of the Mahaicony River, is soon to benefit from the construction of a brand new nursery school.

Work on the approximately $40M educational facility is currently in progress.  According to the Regional Engineer, Dhanpaul Sukha the building is scheduled to be ready for the new school year in September.

Previously when it was recognised that the community needed a nursery school, the regional administration approached the executive of the Perth Friendly and Burial Society who readily consented to have the school housed in the lower flat of the Perth Society Hall. 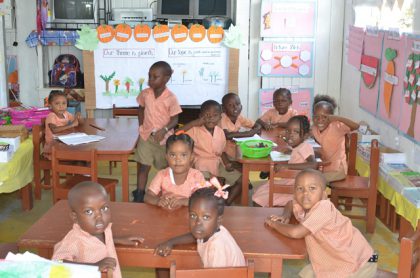 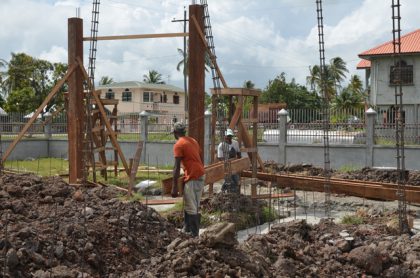 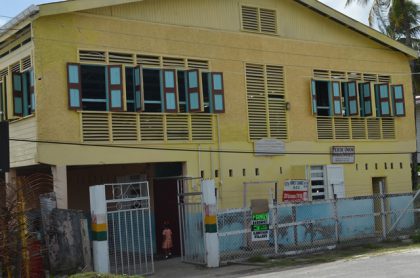 However, this prominent landmark which is managed by the Perth Friendly and Burial Society has been the venue for many meetings, wedding receptions and other functions. Therefore changing dynamics over the years forced residents and education officials alike, to re-examine the idea of continuing to house the school in that particular building.

According to Sukha, the general consensus was that it was not an ideal environment conducive to learning. Despite the unavailability of state land, the relocation and construction of a new school building were not unduly hindered, as a parcel of land was generously donated by the Morrison family.

The new Nursery school is being built on a plot of land on, opposite the very Perth Society Hall. The works are being carried out by Memorex Construction Company.