The new Accident and Emergency (A&E) Unit at the New Amsterdam Hospital in Berbice, Region Six, is one of several projects being executed by the regional administration to expand the services offered at the new regional facility. 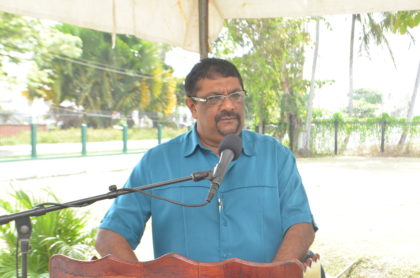 Regional Chairman, David Armogan said that that the project was rolled over from the region’s 2016 capital programme. He said that the unit which is being built at a cost of $30M will be completed within a month.

Amargon told the Government Information Agency (GINA) that a new structure is also being built to house the Magnetic Resonance Imaging (MRI), which was a gift to the region.

“All these things will bring a lot of benefit to the people in the region because MRI, people play nearly $100,000 to do it at private institutions, so if we can provide it here in Berbice, people will benefit tremendously,” Armogan pointed out.

Additionally, the Intensive Care Unit (ICU) will also be extended to cater for nine beds. “We have about three or four beds in the unit, and we want to make it into a nine- bed unit because we have a lot of people coming in with heart problems and other illness that need intensive care and we have not been able to do that because of limited space,” the regional chairman said.

Meanwhile, a new health centre will be constructed at Plegtanker, which will service the entire East Bank Berbice area including Mara. Armogan said that this project will be completed shortly.

The region was allotted the sum of $1.809M in the 2017 National Budget under its capital programme to, among other things, carry-out works on the New Amsterdam, Skeldon and Siparuta Hospitals.