The Ministry of Social Protection yesterday met with Non-Governmental Organisations (NGOs) and stakeholders in Region Six to discuss social ills affecting the region. 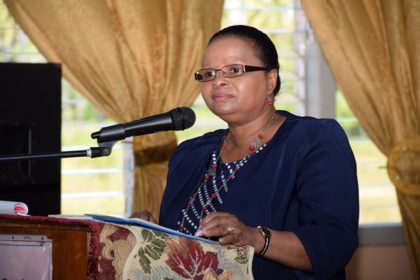 Minister of Social Protection, Volda Lawrence, addressing NGOs and stakeholders at the meeting

Minister of Social Protection, Volda Lawrence, reminded persons of their responsibility in helping to prevent suicide. She called on persons to stop taking family and domestic problems lightly and noted that the breakdown in family values is responsible for most of the social issues in the region, especially suicide.

“Suicide has just not dropped from the sky, it’s not a disease, it’s not the influenza. But, we have a serious problem, it is called dysfunctional families. What has happened to our family system and family support mechanism? Parents and family members making joke off of it and mock their children and family members,” Lawrence said. 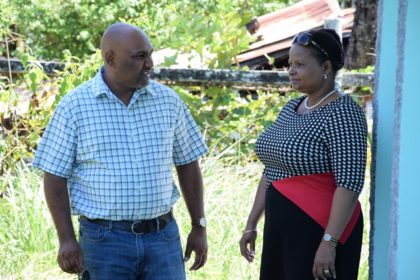 Minister of Social Protection, Volda Lawrence and Mayor Ganesh gangadin during the tour of the abandoned Domestic Violence home in Corriverton

The minister noted that the mockery is directed at the victims even while they are hurting inside and this is what leads to suicide. These issues, the minister said stem from cultural habits and behaviours.  “This is very hard to find in other places. Things that we would talk about would not be done in other cultures…but we have to find that solution,” the minister urged.

Lawrence said that the social issues plaguing the region can only be curbed if there is collaboration among families, the Ministry of Social Protection and NGOs. She said her ministry is willing to work along with the NGOs to address all the social issues in the region.

“We will look at the data coming out from the region through the Ministry of Health to identify the critical areas and to have a program which encapsulates all NGOs in that catchment area, along with the Ministry of Education and Faith Based Organisation.” A hotline will also be established where suicidal persons can reach out and receive the necessary help. 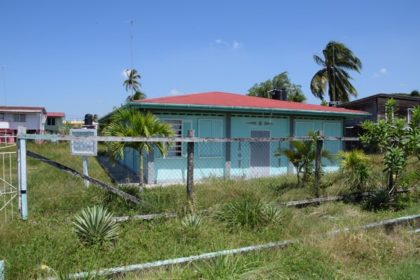 The Domestic Violence home in Corriverton that will be rehabilitated

Minister Lawrence in response, said her Ministry is committed to providing the necessary support and will work along with other Ministries to bring relief.

Region Six is plagued with many social ills including suicide, teenage pregnancy, alcoholism, drug abuse and domestic violence. Region Six recorded the highest suicide rate in Guyana, accounting for 30.9% of suicide deaths over the last five years. For the first half of 2016 reports show that there have been 26 suicide attempts with six deaths.

Meanwhile, the shelter in Corriverton, Berbice that was set up for persons suffering domestic abuse and which was left abandoned and in a deplorable state, will be  renovated  and operationalized by January next year.

Lawrence said that after a meeting with the Mayor of Corriverton, Ganesh Gangadin and Town Clerk, Narendra Nauth Sukham, it was immediately decided that her Ministry will pursue a regional discussion to help secure the things needed for the home and work on rebranding the shelter. “We’re going to rebrand the home. Trust was lost and so we will rebrand it. We’re also hoping to come up with a menu of measures to operationalize the home,” Lawrence explained.

The Domestic Violence home in Corriverton that will be rehabilitated

The minister disclosed that the cost to resuscitate the building will be shared by her Ministry and the Corriverton Town Council.

Mayor Gangadin told the Government Information Agency (GINA) that a Memorandum of Understanding will be established between the Town Council and the Ministry of Social Protection.

In giving a brief history of the building, Gangadin explained that in 2013 the municipality dedicated the property which was used as a day care centre, to become a home for victims of domestic violence.  However, there were management issues and the facility was abandoned and became dilapidated.

The mayor promised that the victims of domestic violence will receive help to get them back on their feet.

Gangadin indicated that the Corriverton municipality has well established achievable goals and will be securing additional human resources and equipment to deal with issues including infrastructure and solid waste management. “Corriverton is poiseed for modernisation,” Mayor Gangadin concluded.

During her visit the Minister also met with other residents on the Corentyne, teachers of the Skeldon Secondary School and toured the Port Mourant Hospital.