Minister of Public Security, Khemraj Ramjattan today, reminded a new batch of prison officers of the important role they play in maintaining law and order. 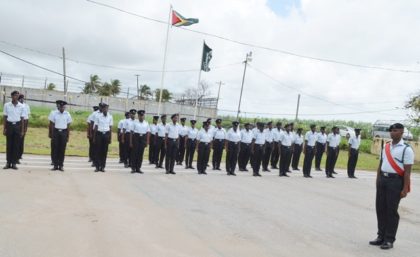 In delivering the charge to the graduands to the Basic Recruit Training Course number one of 2016, Minister Ramjattan called on them to balance security and control with humanity and justice in the execution of their duties.

“(Maintain) balance between security and control in the prisons on the one hand, but maintain humanity and justice on the other. It is very important that we know the two hands as it were. Proper balance between security and control and humanity and justice is very vital for a public service that is as vital in the public security sector,” the minister said. 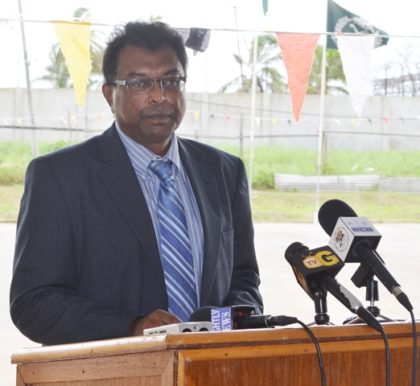 The minister pointed to the far reaching effects of maintaining law and order. “Ensuring that the prisoners you keep remain in custody and that there are no break outs and things of that nature, maintaining order, control, discipline and a safe environment for yourself and prisoners is important because when you do that, you are maintaining a safer environment for the entire country, and when you do that, there are benefits … it has very far reaching effects.”

The Minister added that “ People would want to come to Guyana, invest in Guyana knowing that it is safe and all of that, directly and indirectly,  ensures a better country, a more prosperous country,” Ramjattan explained.

Acknowledging the scarcity of resources, the Minister encouraged the Prison Officers to play a meaningful role in helping to reform prisoners and preparing them for return to their communities as positive contributors to the development of society. 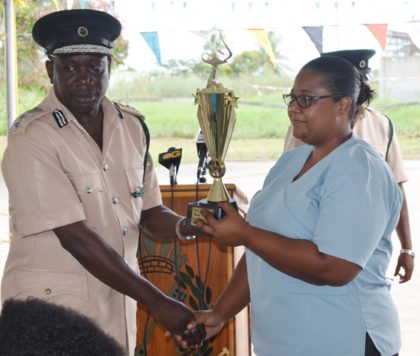 “Within the limited resources that we provide these days, seek as best to provide decent conditions for the prisoners, although we might not have the best physical infrastructure you can meet their needs by being courteous, you can meet their health care needs by calling the relevant personnel instead of taking the “don’t care a damn” attitude… provide a positive regime to help the prisoners address their offending behaviour so that they can live a fully responsible life, and finally help them prepare for return to their communities.”

Minister Ramjattan added that though they may be young and inexperienced, they have to start learning very quickly to deliver. “It will take a lot because of the limited resources provided and limited resources don’t bring the greatest efficiency, but I know that you can do it.”

The graduation exercise comes at a time, when, according to the Minister of Public Security, there is a requirement for more than 100 new prison officers to manage the correctional facilities countrywide, which have seen their fair share of uprisings by inmates in recent times.