The Ministry of Communities wishes to announce the appointment of Mitzy Gaynor Campbell A.A to the position of Regional Executive Officer (REO) of Potaro/Siparuni (Region Eight).

The newly-appointed Campbell promises to bring a truly people-centered approach to the management of the region and hopes to deliver more social services in the interest of residents there. 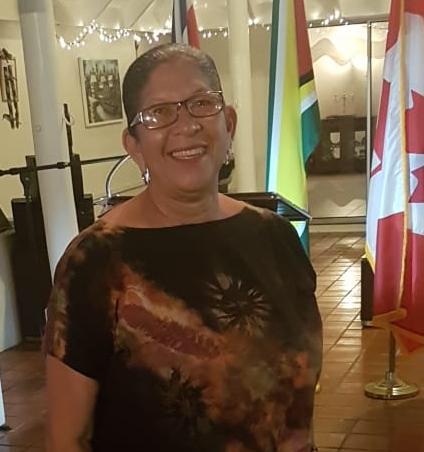 Born in Georgetown but raised and schooled in Mabaruma, North West District, Campbell possesses a thorough understanding of the challenges that comes with living away from the coastland.

It is this knowledge that she plans to harness in order to guide and steer her administration of the regional system.

Campbell is no stranger to the regional system as coincidentally she started out as a typist clerk for the Barima/Waini Regional Democratic Council (RDC).

With a number of years of experience in project management and public relations, the former special assignment officer in the Office of the President; assigned to Amerindian Villages, she believes she is in a position to bridge the divide and close the gaps that exist in the communication system through inclusivity.

Questioned on her immediate plans, Campbell said that in fostering true team spirit and a collaborative effort, her motto would be to admit her mistakes and regard the opinions of others.

“You have to deal with people as people. It is important to me that people feel assured that their ideas are heard and their concerns are addressed. They must be included in the process. I look forward to visiting the communities, meeting with the people and addressing their concerns,” the new REO remarked.

Her approach would be to carefully assess the situation on the ground to determine the level of effort needed in order to address the areas that require urgent attention.

“I know the regional council has various departments and so my first step would be to meet with those departments and consult on what the issues may be, the challenges they are facing in making the system of local democracy work.”