Nothing beats ‘Serenity’s Slice of Heaven’

─Single mother of two cooking her way into entrepreneurship

A typical day for Trudy Sinclair, owner of ‘Serenity’s Slice of Heaven’, starts from 02:00hrs when she gets up and prepare a variety of dishes, well into dawn.

Sinclair, then wakes her two daughters and prepares them for school before leaving their home by 07:30hrs to open her stall at the Rose Hall Market. From the moment she touches down, her customers gather around to get the delicacies she prepared for breakfast and in short order, most are sold out. 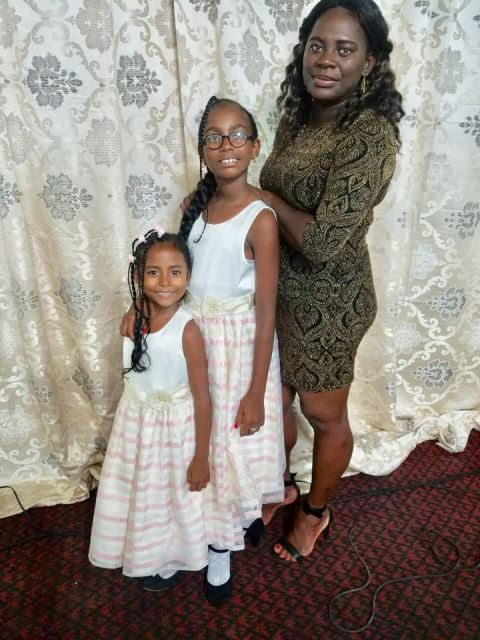 Trudy Sinclair and her two daughters. 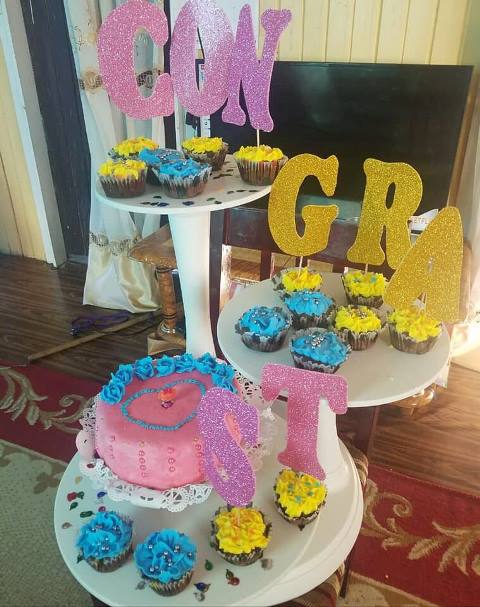 Some of Sinclair’s creations. 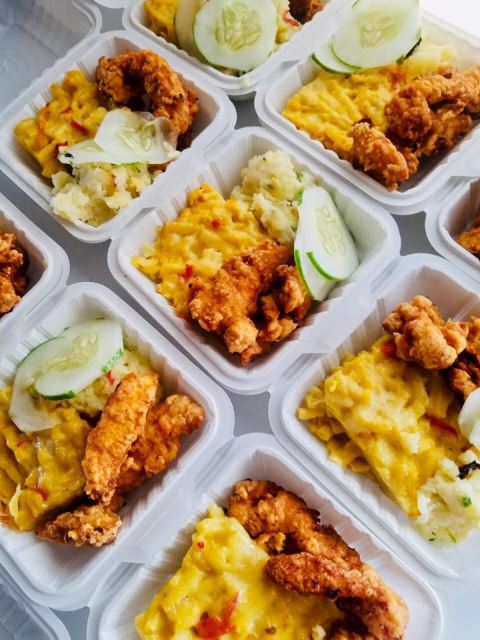 An order waiting to be delivered. 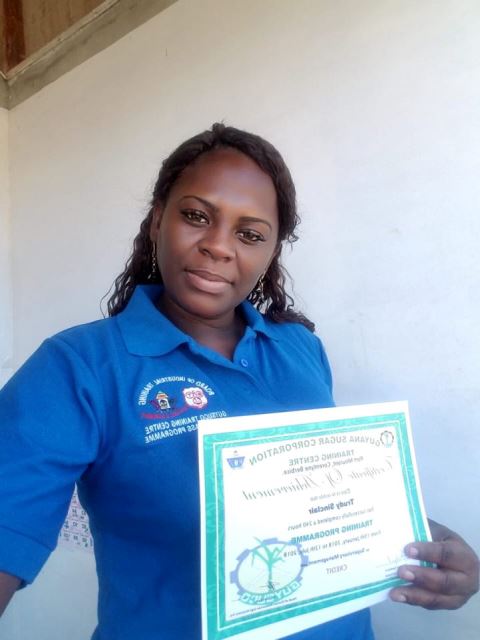 A proud Sinclair displays her certificate after completing a course in Supervisory Management.

“I do this every day because I am working towards getting my own home and permanent café’ and providing a better life for my children. When you have children, you put them before yourself and there is no better feeling in knowing you can give them the things they want or need through your own hard work,” 33-year-old Sinclair said.

She remains there throughout the day selling until 14:00hrs before making her way home at Fifth Street, Rose Hall Town, to be with her girls. Sinclair spends quality time with her children assisting with homework and revision. She then gathers up the necessary ingredients as she plans the menu for the following day and prepares the orders.

Up until a year ago, Sinclair was working as a telemarketer at a call centre but due to the night shifts, she found it difficult to be there for her daughters. After seeing a supervisory management course being offered at GuySuCo Training Centre in Port Mourant, she decided to grab the opportunity to elevate herself. The course fuelled her desire to become her own boss.

Upon completion of the course and on the advice of her lecturer, she enrolled at the Humanitarian Mission Guyana Incorporated for training in cake decoration. Sinclair knew this was her ‘calling’ since she had a knack for the culinary arts.

She sought many avenues to access a loan to start up her own business but was unsuccessful. However, in September 2018, she was asked to deliver a presentation on what the training meant and how it impacted her. Her drive and ambition were visible in her speech and after hearing her story, the President of the Mission, Suresh Sugrim offered her an interest-free loan of $200,000 to establish her own business.

By the end of 2018, Sinclair repaid the loan in full and has used her profits as capital to keep expanding her business which started humbly by preparing snacks before progressing to meals and now managing her own stall at the market as well as catering for small events. “I was able to do what I love, have time for the kids and still make money to pay bills and other stuff thanks to the opportunity I was given,” Sinclair said.

The humble yet ambitious woman believes it is important to believe in yourself and work towards your dreams and pay it forward. To this end, she also volunteers at the mission in her little spare time to help give others the same opportunity she had.

“I want to be able to help others and be in a position where I can provide other women with the same break that I had. I believe they are many more women who have the same drive as I do bur need the help.”

Her message is to be open-minded and give everyone a fair opportunity, especially women with children because they more than anyone are capable of making ends meet.

“Being a single mom comes with a wealth of skills that do carry over well in entrepreneurship, such as creativity, management, multitasking and operating on a budget”.

Trudy Sinclair is the epitome of this year’s International Women’s Day campaign “Balance for Better”.