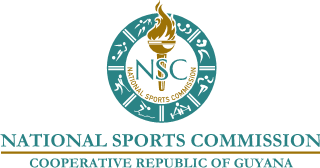 The National Sports Commission and the Athletics Association of Guyana wishes to inform the general public of the welcoming activities which have been coordinated for the recently successful Junior CARIFTA team.

The team is expected to arrive at the Cheddi Jagan International Airport – Timehri on COPA Airlines on Friday April 21, 2017 at 2pm and will be received by Mr. Christopher Jones – Director of Sport, Mr. Aubrey Hutson – President of the Athletics Association of Guyana, Ms. Mayfiled Trim, Ms. Kenisha Headly and Ms. Nadine Trotz (Local Coordinating Committee) and a representative of the Guyana Olympic Association.

The motorcade will depart the airport at 2.45 pm with police escort leaving the airport road and travelling north along the East Bank Demerara Highway, right onto Industrial site Ruimveldt, east onto Mandela, west onto  Homestretch on to Croal street, north onto Ornoque street, west onto south road north on to Shiv Chanderpaul drive. The motorcade will stop at the Ministry of the Presidency where the contingent will pay a courtesy call on HE Brig. David Granger, President of the Cooperative Republic of Guyana at 3.30 pm. Members of the media are invited to provide coverage of this event.

Following the courtesy call, the motorcade will proceed north on to Shiv Chanderpaul Drive west onto Regent Street, south onto the Avenue of the Republic, west onto Brickdam travelling around the Linden bus park, north onto the Avenue of the Republic onto Main Street to high Street Kingston ending at the Olympic House, Kingston.  Members of the media are invited to a short media briefing at the headquarters of the Guyana Olympic Association – Olympic House – Kingston, Georgetown at 4.30 pm.

The athletes will be guests of honour at the National Sports Commission Sport Award Ceremony scheduled to be held in the Savannah Suite of the Guyana Pegasus hotel at 6.45 pm.