The annual National Toshaos’ Council (NTC) Conference will be held from Monday August 22 to 26, 2016 at the Arthur Chung Conference Centre to address issues which affect the indigenous peoples. 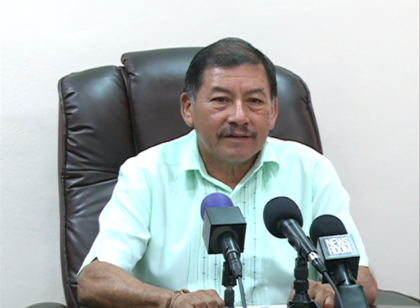 The conference affords members of the NTC to interact with members of the government to find solutions to their issues and explore developmental avenues. The theme of this year’s conference is “Guyana’s First Peoples, Preserving Our Culture and Land for life.”

During a press conference today, at the Ministry of Indigenous Peoples’ Affairs, Quamina Street and Thomas Streets, Minister Sydney Allicock disclosed that one of the main issues to be discussed at the conference will be the Amerindian Act of 2006.

According to the Minister, Toshaos representing the 212 indigenous communities will be submitting recommendations for the revision of the 10-year-old Act.  Minister Allicock pointed out that Guyana is the only country that has a legal document that speaks to indigenous people. However, the Minister pointed out that, “It needs strengthening, time changes… and to make us stronger, we need to address some of these issues and there has been a call from all the communities and the ministry is willing to facilitate.”

Another issue which will be addressed the Minister said, is food security in the hinterland. Minister Allicock said that indigenous people should be able to effectively utilise their environment. 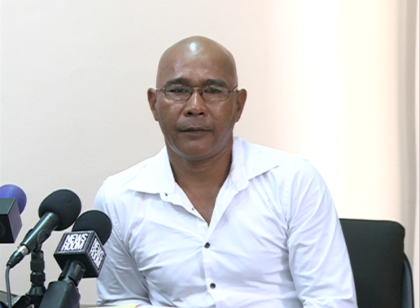 “Food security is a must in these communities, and government led by the ministry of agriculture is working towards having agricultural institutes within these regions. Regions Nine and Seven are already in the process of establishing those institutions,” the Minister explained.

According to Minister Allicock, the establishment of the institutes will also lead to job opportunities, openings for higher learning and the introduction of new products on the market.

Additionally, Chairman of the NTC, Joel Fredericks said that another issue affecting the indigenous people which will be discussed at the Toshao conference is land titling. Fredericks noted that he is aware that it is a process which will take time to complete.

However, the Chairman pointed out that members of the NTC will use the conference to “share some of our ideas and our thoughts on how we see things in addressing our land issues because land is very important for the indigenous people way of life.”

Fredricks further added “We want the government to listen to us, because despite some of us may not have a good education background, we know how to deal with certain issues because the indigenous people have been living there for years.”

The chairman is hoping to work together in unity in addressing issues not only for the indigenous people, but for the development of the country as a whole.