The Guyana National Broadcasting Authority (GNBA) stands ready to issue the licence for the operationalisation of the Linden Television station, but according to Prime Minister Moses Nagamootoo, there are still some unresolved issues within the Region Ten community. 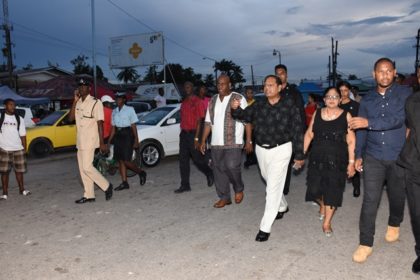 During a walkabout in Linden by the Prime Minister on Saturday, residents of the mining town enquired about the status of the television station. The Prime Minister explained that Channel 13 has already been secured for Linden, but there are still some issues that need to be resolved within the region before the station is granted its licence.

“That’s the commitment, and I have been having talks with the Region Ten municipality, the business community, the former chairman and the NDC at Kwakwani, they all have to come together because it’s Region Ten. We ran into some problems because the law says in order to get a television licence you must have a company or a trust.”

A trust company was established by the former Linden regional administration under the chairmanship of the then Chairman, Sharma Solomon. This trust however, did not have the required number of persons. Hence, the current Chairman and Regional Administration need to be involved in this process which is currently ongoing, the Prime Minister explained. 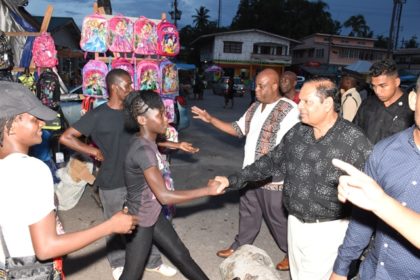 “We had a meeting, this is two meetings, the last time I came here at Watooka House and recently in Georgetown and we sat and we hammered this thing out and said these are the new 15 persons who will be the directors of the television and also we have some people who will be the trustees. Right now I am waiting on the original, the former board members, that is Mr. Solomon and company to go and change over the name.”

The Prime Minister said as soon as this process is completed and members are extended from five to 15 to include the representatives of the new council, the business community, the Neighbourhood Democratic Council at Kwakwani, the church, trade unions and the municipality, the licence will be granted. 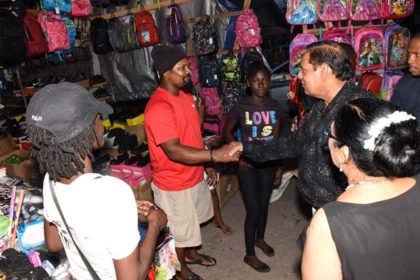 “I have already spoken to the Guyana National Broadcasting Authority, they are waiting to grant the licence, all you need is the licence, in the meantime you are having television but the signals are coming from Georgetown…when I first became a Minister of Information, I came and handed over the television station to a people’s committee in Linden to run it and to have local programmes, you need to also do that, …we will help to train persons to make the local programmes and you can take part in your own activities and in your own life and see yourself on television, so we are ready and willing to move on,” the Prime Minister told the residents.

The provision of the Linden Television Station forms part of the Government’s plans to integrate communities and regions by way of communication. The Office of the Prime Minister is responsible for the implementation of this programme. 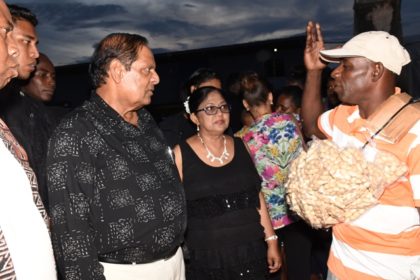 Prime Minister Moses Nagamootoo and Mrs. Sita Nagamootoo listen to the concerns of a Linden resident 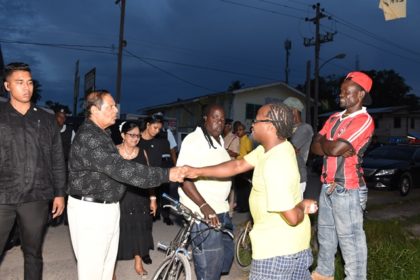 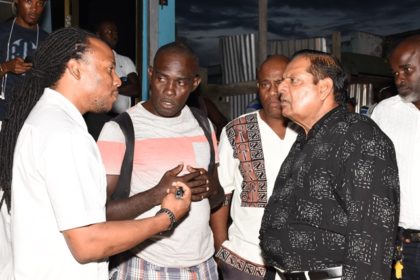 Prime Minister Moses Nagamootoo, and Regional Members of Parliament, Jermaine Figueira and Audwin Rutherford in discussion with a resident during the walkabout