Residents of Orealla are asking for an audit of the books at the Village Council. They claim that village funds and other resources are being misused. They also want the Ministry of Indigenous Peoples’ Affairs to look into the legitimacy of the land title they received under the previous administration. 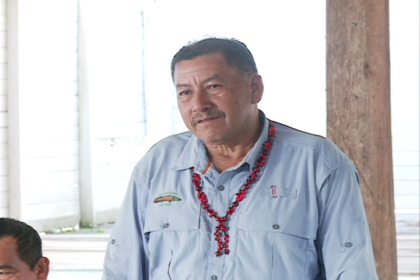 Vice President and Minister of Indigenous Peoples’ Affairs, Sydney Allicock, Permanent Secretary in the ministry, Alfred King and Project Coordinator, Jude DaSilva visited the community over the weekend, to listen to the concerns of the residents.

According to Toshao of the village, David Henry, they received a letter from the Guyana Lands and Surveys Commission informing them that there are no records of the village being surveyed for demarcation.

The Toshao however, said that the community is in receipt of a land title document which it received from the previous administration. He said the matter is affecting the livelihood of the residents who are involved in logging in a significant way.

“Our workers would have harvested logs and those logs were detained for over a year and they deteriorate. Forestry released those logs, but still holds back 35 percent. When those issues clear up then we will get back the 35 percent,” David explained.

Minister Allicock said that the ministry will make representation on the Community’s behalf, to address the issue of the land title.

Responding to the residents call for an audit, Minister Allicock explained that that the Ministry is in the process of auditing all 215 Hinterland communities and villages. However, due to the limited number of persons qualified to conduct the audits, the process is taking some time. He also said that it is costly to do the audits.

The minister reminded the residents that they too have a responsibility to do checks and balances to keep the affairs of the village in order. 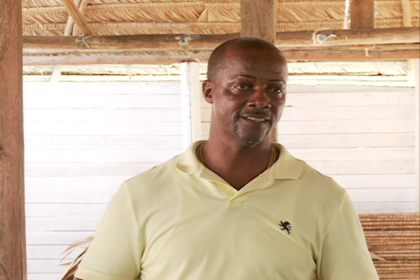 Pointing to gaps in the village administration,  the Toshao said that there are four councillors who are not functioning. One of the councilors resigned and three are on scholarships attending the Guyana School of Agriculture (GSA). This is affecting the administration of the village, he said.

Minister Allicock said that those councillors cannot be replaced immediately because there is a process that has to be followed. However, he urged the village council to make a temporary arrangement so that the work of the council can continue.

Minister Allicock reminded the community that Orealla was one of the richest Indigenous communities in Guyana that  provided timber to the Barama Company. The minister urged the community to come together and explore all avenues and create viable proposals, in order to get support for projects that will see the community getting back to where it once was economically.

Minister Allicock noted that the government is in the process of developing a more strategic framework that would integrate all communities into mainstream development.

“Our PS (Permanent Secretary) will know what other PSs have planned so that we will be able to support each other in the development of the country and moreso to give support to communities in the areas of health, security, education, infrastructure and business,” Minister Allicock explained. 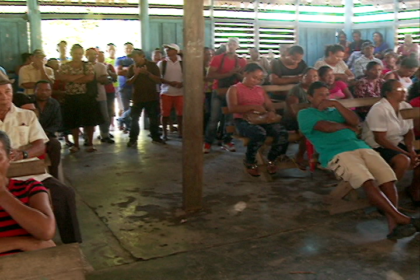 Meanwhile, the residents are calling for the development of its human resources which will see them fully tapping into the rich resources available within the community. They are also asking for a secondary school for the community and to be part of the consultative process on the review of the Amerindian Act of 2006.

The newly reassigned Permanent Secretary, Alfred King, explained that there several things that must be considered before constructing a secondary school. These include, the number of secondary age students and recruiting trained teachers to deliver quality teaching to the students.

“You need to talk about how do you build, sustain and operate the school in terms of the physical structure, is it economically sound given that we are in close proximity to mainstream life where there are secondary schools.” King told the residents. He urged them to make a proposal and if it is ‘doable’, representation will be made on their behalf.

Orealla or Orealla Mission and its sister community Siparuta are  two Indigenous communities located on the Corentyne Coast, Region Six that overlook neighbouring Suriname.. These communities are managed by one Council and together they have a population of over 3000 persons.

The communities are sustained through the collection of royalty for sand and logs, supported by traditional farming, fishing and hunting activities.