Orealla and Siparuta villages in the Corentyne River, East Berbice celebrated with thirty-one (31) young persons who graduated from the Ministry of Social Protection, Board of Industrial Training (BIT)in Small Engine Repairs on Wednesday July 05, 2017. 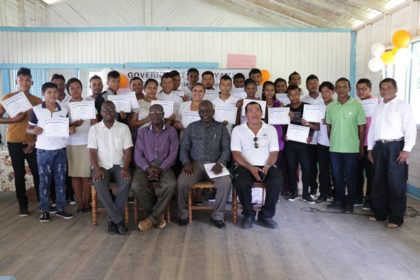 Department of Public of Information spoke with some of the graduates and they shared their thoughts. Stevan Crickshank of Orealla village noted that his experience on the training has given him a push in life. “It actually got me a job. I want to thank the government and thank whoever came up with this idea and I can assure them that this thing has not gone in vain and I’m happy” Crickshank said.

Santos Johannis who plans to help his neighbors around the community and also teach them some of what he has learnt said that, he will look towards furthering his education. “The training was good. It really helped pushed the folks, the young people from Siparuta specially to another standard,” Johannis added.

Being one of the five females on the training, Vicky Williams noted that the programme was difficult at first but as time progressed things fell into place. “I want to further my education first. So (that), I could at least get a bit more knowledge and then go way beyond heights,” Williams explained.

The Toshao of the sister villages, David Henry said that he is appreciative that the government has chosen his communities for the training programme and that interior villages are benefiting from some of the government proceeds.

BIT Technical Officer, Richard Maughn said that BIT is pleased to be able to fulfill its mandate to train another group of indigenous people, equipping them with marketable skills.

“The training that you have received has enabled, has established the opportunity for you to experience social and economic empowerment. Additionally, you must note that the one who possess the skills such as you have received, possess the key to sustain his or her livelihood thereby being able to reduce poverty for him or herself as well as his or her family,” Maughn explained.

The Board of Industrial Training (BIT), National Training Project for Youth Empowerment (NTPYE) was launched in 2005 to provide national training for capacity-building and youth empowerment.

Youths are trained countrywide, in their communities or nearby to ensure they attend sessions regularly. They are also given a stipend and tools for the training. Upon successful completion of their training, they are given tools to conduct their trade or craft as a small business or as an employee 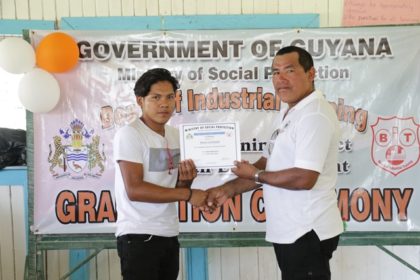 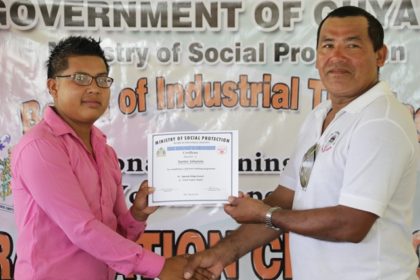 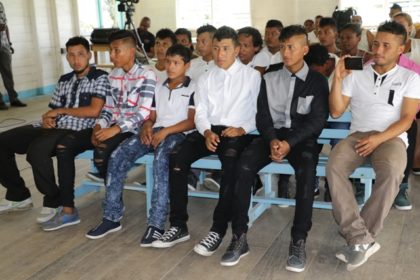 Graduates during the graduation exercise. 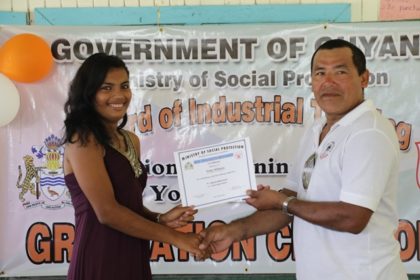