Paramakatoi to get GWI Sub-Office soon

─ ‘water system is operational, will be commissioned by the end of September’ – GWI Managing Director

─ residents will be employed at new sub office

The Guyana Water Incorporated (GWI) is slated to commission a new sub-office in Paramaktoi, Region 8 by the end of September.

This was disclosed by GWI Managing Director, Dr. Richard Van West-Charles in an interview with the Department of Public Information (DPI). 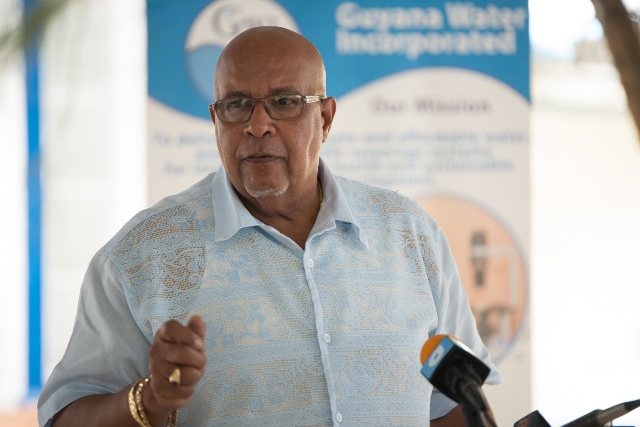 According to Dr. Van West-Charles, the residents of Paramakatoi will soon benefit from easy access to potable water for the community following the completion of a project.

The project began in 2017 following the signing of a Memorandum of Understanding (MOU) between the GWI and the village council. It is now at the stage where testing of the water system has begun. “We are finalising the security of the system and everything will be completed no later than the end September, we have some very expensive valves in there because the system is around 3,000 feet with two layers of solar panels. So, we want to ensure that the system is secure,” he explained.

The Managing Director also said residents in and around the community will be trained to operate and maintain the system.

“The intervention of the new GWI sub-office will provide for those living in the region. It is important that they become responsible when it comes to sustaining water. So, this initiative will not only change their lives but generate income for the residents who will be employed with the company,” he emphasised.

The water system is in line with the Green State Development Strategy (GSDS) since it will be powered by two photovoltaic systems in the day with a generator to act as additional support to power the system. It is also in keeping with the in keeping with UN Sustainable Development Goal Number 6, which calls for clean water and sanitation for all people, and ensuring the availability and sustainable management of water and sanitation for all.