The Commonwealth of Nations is more relevant today than it has been in the past to deliver security and prosperity to all its citizens. This was the common thread echoed by a distinguished panel that was at the Umana Yana today, to discuss “A Peach Building Commonwealth” in observance of Commonwealth Day. 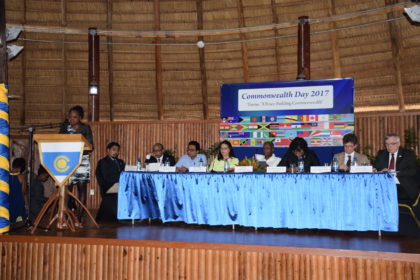 Members of Government, representatives of the Diplomatic Corps, Parliament and the University of Guyana made up the panel to discuss the Commonwealth Day theme which was “A peace building Commonwealth”

Commonwealth Day was observed on March 13.

High Commissioner of Britain, Ambassador James Quinn noted that peace is central to the Commonwealth’s promotion of freedom, democracy, human rights development and prosperity.    “Without a safe transparent accountable and secure environment in all respects…you cannot have the freedom, the democracy, the human rights, the development or the prosperity which we all want,” Ambassador Quinn said in his presentation.

Observing Commonwealth Day in Guyana is fitting, considering the country is among the Commonwealth’s strongest supporters, Deputy Head of Mission, Tracey Haines from the High Commission of Australia in Port of Spain, Trinidad noted.

“The Commonwealth is worth celebrating. It stands up for small countries,” Haines pointed out in her presentation. Guyana has received long standing support from the Commonwealth on its territorial integrity. 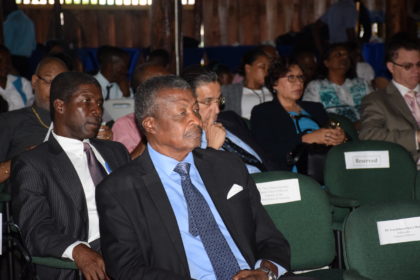 Speaker of the National Assembly, Dr Barton Scotland and Members of Parliament were among the guests at the panel discussion

Haines also highlighted the contributions of former Secretary General of the Commonwealth, Sir Shirdath Ramphal, a Guyanese, in managing the peaceful transition “to colour blind democratic rule in Southern Africa.”

Meanwhile, Minister within the Ministry of Public Infrastructure, Annette Ferguson noted that Guyana has enjoyed peace with all countries of the Commonwealth. Highlighting the challenge of war faced by other countries across the world, Minister Ferguson said, “The Commonwealth should continue to work towards progress already made in preservation of peace and build on the rich common traditions.” 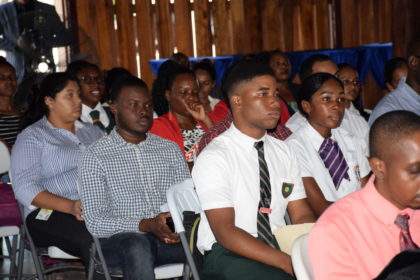 Opposition Member of Parliament, Anil Nandlall in his presentation noted that the Commonwealth as an organisation has made significant contributions to human development and advancement in many fields.

The Commonwealth’s 52-member states have a high level of mutual understanding which is supported by great common cultural assets, the English language, the parliamentary system, the common law, regular heads of government meeting and even common sports.

This understanding lends to effective contributions to solving pressing issues that cannot be gapped by larger organisations, members of the panel outlined.