Practice of unlicensed river vessels at Bartica to stop

The Maritime Administration Department (MARAD) plans to establish a permanent presence in Bartica to tackle the operation of unlicensed river vessels.  Acting Harbour Master, Michael Tennant said uncertified boat operators and unlicensed vessels operating in the Mazaruni and Essequibo channels are unacceptable and unlawful. He was speaking with the Government Information Agency (GINA). 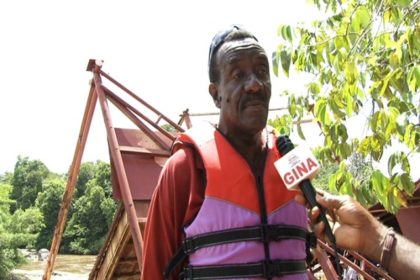 According to Tennant, office space was acquired in Bartica which will enable the department to enforce safe and authorized river practices. In the interim, personnel from MARAD will be working every day to identify and report unlicensed operators.

“We have Captain David Mittholtzer up here and I’ve instructed him to intensify the efforts of MARAD to ensure that persons operating vessels in the waterways, once he knows them and recognise them, to let them know to have their vessels certified, if not we’ll have to stop them from operating,” Tennant explained.

Tenant pointed out that if operators fail to license their vessels they can be charged and placed before the court. The fine for operating an unlicensed vessel for commercial activities is $1M and $400, 000 for uncertified captains.

Further, the acting Harbour Master pointed out that persons must be trained before being licensed. The training entails being taken out on the vessel by a knowledgeable senior person who would assess the trainee. Classes are being conducted by Captain Mittholtzer who would send an application for the operators’ license to MARAD.

Following that, a recommendation would be made by the Regional Officer and the vessel would be examined. Only after all checks would have been made and passed that the vessel and operator would be licenced.

Additionally, random inspections would be undertaken of licenced vessels and if the requirements are not met or upheld, the operators’ licenses will be revoked, Tennant said.

The Maritime Administration Department of the Ministry of Public Infrastructure is responsible for regulating and monitoring the operation of all vessels on the waterways of Guyana. The department operates in accordance with the International Maritime Organization (IMO) and was established and regulated in 2003 under the 1997 Merchant Shipping Act.