President David Granger has expressed his profound gratitude to his Cabinet members, staff and the rest of the nation for their support, prayers and well wishes for his complete recovery, at a welcome home and prayer ceremony hosted, this morning, at State House.

“Thank you for your expressions of concern over the last three weeks… Throughout that time, I received greetings from you all and from other well-wishers and, more than the greetings, prayers and I am truly grateful,” he said. 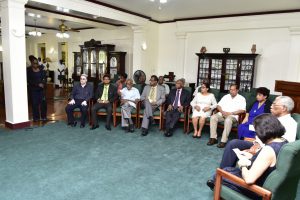 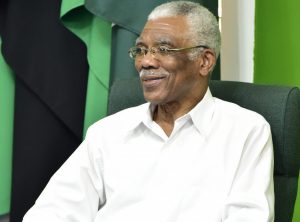 Meanwhile, in his remarks, Prime Minister Nagamootoo said that the nation was pleased to welcome the President back home and assured him that his Cabinet and members of the National Security Committee worked to ensure that the country continued to be governed well in his absence.

“We have never been more cohesive, more purposeful, than we have been in these last few weeks,” he said.