Private Sector show added interest in the sugar industry – as the East Berbice Dev. Association calls on the Agri. Minister

The future of the sugar industry is given priority and even as government advances its divestment plan- which incorporates dairy production and seed paddy production among others, private sector bodies are now expressing interest in the management of the industry.

Members of the East Berbice Development Association today met and had a dialogue with Minister of Agriculture, Hon. Noel Holder of which a number of issues were discussed. Among those is the “freeing up’ of the industry to the private sector.

The meeting which was held in the boardroom of the Ministry’s Regent and Shiv Chanderpaul Drive office, saw the team perusing ways in which the Association as a collective body can lease the factory and land at the Skeldon Estate.

According to Mr. David Subnauth for the estate to become once again profitable it must be managed by locals who he believes has the ‘know-it-all’ to ensure its returns once again to its glory days.

Agriculture Minister, Hon. Noel Holder requested that the group submit a proposal so that further discussion can commence. The Association committed to having such delivered within a month time, but made a request for Government to have legislations implemented which will allow for the private players to make a contribution to the industry without hindrance. 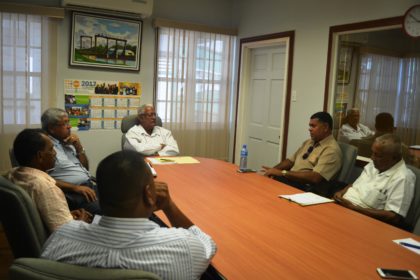 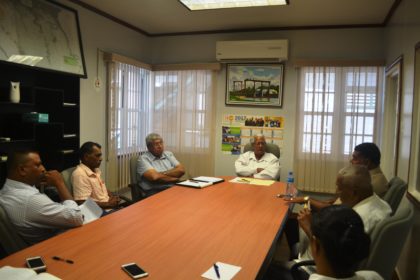