The Ministry of Public Health in collaboration with the Regional Health Services Region Number 6, East Berbice Corentyne, today a distributed aid to the three Limlair Village Corentyne families who lost their homes to a fire of unknown origin, on December 26, 2018. 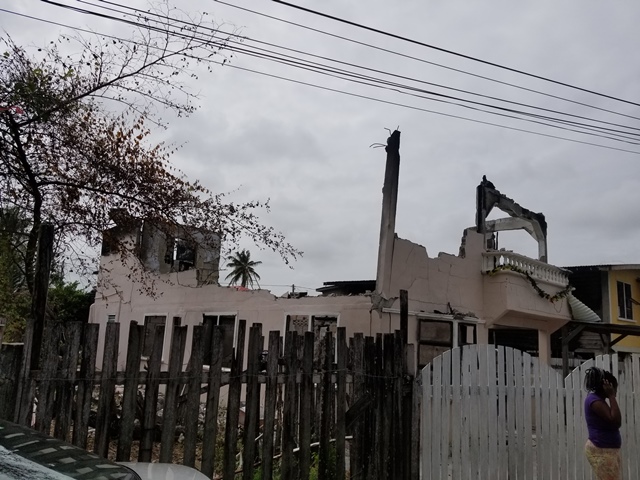 House that was destroyed by the fire. 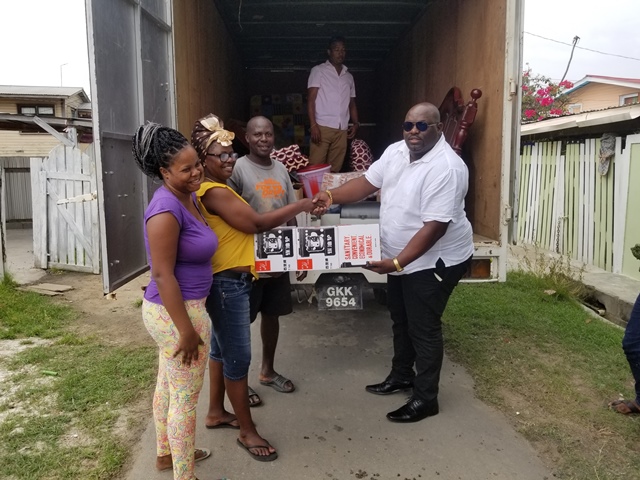 Director of Regional Health Services, Jevaughn Andrew Stephen handing over the items to the three families.

Director of Regional Health Services, Jevaughn Andrew Stephen made the distribution to and shared words of encouragement with the grieving families who were left homeless throughout most of the festive season. He assured them that much more help is in store for them.

The fire destroyed two homes and left twelve persons homeless. The buildings, a two-storied house was occupied by a nurse on the upper flat and a farmer on the lower flat. Flames were initially seen at about 04:30hrs. Several persons were living next door in a wooden building which was badly damaged.

Dale Kyte, who lived in the building along with six others including her 76-year-old mother and a 2-year-old baby, noted that the fire service arrived minutes after the alarm was raised but was unable to save anything.

Claudia Ross, a nurse attached to the Port Mourant Hospital, expressed her gratitude to both the Minister of Public Health, Volda Lawrence and the Director of Regional Health Services, Jevaughn Stephen for the assistance.