Radio Mabaruma 95.1 FM, an affiliate of the National Communications Network (NCN) is currently down and off air. The transmitting site located on Broomes Hill in Mabaruma, was hit by lightning during a heavy storm in that area, resulting in the station coming off air.

A technical team from NCN has since been dispatched to Mabaruma to determine the extent of the damage and also what needs to be done to put the station back on air. 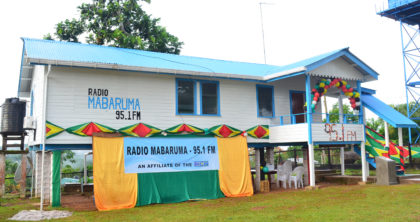 NCN apologies to its listeners in Region One for the inconvenience caused by the outage and assures that every effort will be made to get Radio Mabaruma back on air as soon as possible.