The second community radio station promised by the coalition Government will become a reality on June 11, 2015 when Prime Minister, Moses Nagamootoo, officially launches Radio Mabaruma 95.1 FM. The official programme is scheduled to take place in the Mabaruma Sub- District, Region One.

The Prime Minister told reporters that radio Mabaruma 95.1 FM will be making history as it is, “for the first time we are going to have a community radio in the North West District.”

The Prime Minister who has ministerial responsibility for the public information sector said it is with, ‘great pleasure’ that he announces that Radio Mabaruma will complement the recently launched Radio Lethem.

It is anticipated, that like Radio Paiwomak and Radio Lethem, local community produced programmes will be broadcast in addition to national programmes. These community stations are an affiliate of the National Communications Network (NCN).

He said the administration would like to see a community radio station in all the regions. “It must not be one way communication, two-way so we have feedback from the communities and they can also indicate what programmes they would like, that will satisfy the cultural homogeneity of each of our region, as each region has a peculiarity,” Nagamootoo noted.

The Prime Minister also announced that a community radio station is slated for Orealla. 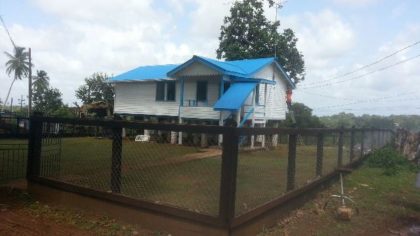