Screening services for cervical and breast cancer will be taken to remote villages in the Barima-Waini Region. Minister of Public Health, Hon. Volda Lawrence made this decision, as she highlighted the number of cancer-related deaths coming out of hinterland communities, especially in Region 1. 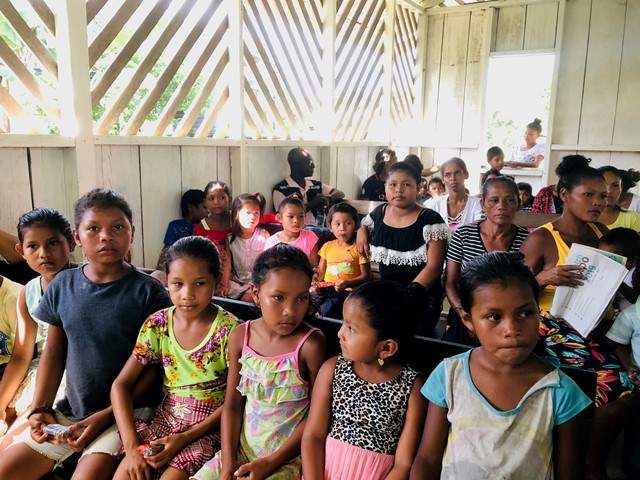 A section of the gathering in Sebai where Minister of Public Health, Hon. Volda Lawrence engaged residents. 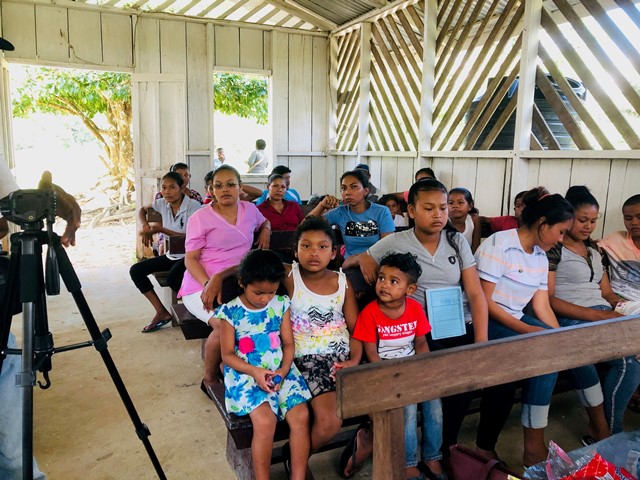 A section of the gathering in Sebai where Minister of Public Health, Hon. Volda Lawrence engaged residents.

Globally, 530,000 new cases of cervical cancer are detected annually; approximately 266,000 women or 50.2% of people, succumb as victims of cancer. Recent data from the Public Health Ministry has indicated cervical cancer kills about 100 women in Guyana annually, and a large percentage of those cases are from the hinterland.

Minister Lawrence visited the village of Sebai during September where she engaged a section of the population, most of whom were women, young girls and children.

She informed those gathered that “the statistics for Guyana show that Region One has the highest number of women who are succumbing to cervical cancer.” Especially addressing the community of Sebai the Minister emphasised, “No one from Sebai has to die from cervical cancer, none of you women.”

The effort to safeguard the health of the country’s Indigenous population is a priority of the Ministry of Public Health. Therefore, as it relates directly to cervical and breast cancer, medical teams conduct free screenings for Cervical Cytology (Pap smear) and Clinical Breast Examination in Sebai and its neighbouring villages. This will be the first step towards early diagnosis and treatment as similar exercises will be conducted in other regions.

“I want to ensure the Ministry of Public Health offers women, especially our Indigenous women, the opportunity to be tested early so that we can have an early diagnosis. Once that is done, we can address cancer, giving you the chance to move on and have a healthy life and be with your family, see your grandchildren grow…,” Minister Lawrence said.

It was added that the ministry has already invested monies into cancer diagnosis and treatment services. The minister used this opportunity to call on village and community leaders to encourage women to take advantage of the free services.

The ministry’s efforts are going even further with the vaccination of children between the ages of 9 to 16 years against the Human Papilloma Virus (HPV). HPV is an infectious disease, spread by sexual intercourse and affects both men and women, developing into cancers in goes undetected.

“We want to ensure our boys and girls get the HPV Vaccines so that you the parents will be assured they are safe since they have been vaccinated. Just as how they were vaccinated as babies against measles, polio, the HPV serves the same purpose as it protects against the Human Papilloma Virus,” Minister Lawrence said.