Reg. 10 completes over 90% of capital projects

The Regional Democratic Council of Upper Demerara-Berbice has completed more than ninety percent of its capital projects for the fiscal year 2019.

According to Regional Executive Officer, Orrin Gordon this also included projects that were not initially budgeted for. Gordon explained that funds for those projects that did not complete the tendering process (at the National Tender Board) were utilised in other areas.

The RDC has spent approximately $480 Million in capital projects across all programmes. 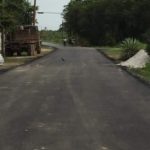 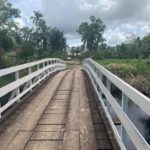 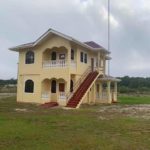 The construction of the $119 Million Christianburg Primary School, was one of the works added to the list of projects. The budget originally catered for the construction of the Bamia Primary School. However, the Bamia Nursery School, located in Third Phase Amelia’s Ward was successfully tendered and awarded and is more than 90 percent complete. It was constructed at a cost of $51 Million.

Under the education programme, the RDC also purchased a $15Million 30-seater school bus for students residing in Coomacka.

Another major capital project completed was the building of the $30Million Amelia’s Ward Health Centre. Much effort was placed in boosting the health sector in the riverine and hinterland communities of Region Ten. At a cost of $53Million health centres were constructed at Wiruni, Mabura, Ebini, Great Falls along with Living Quarters at the Ituni Health Centre; while several others were rehabilitated.

Approximately $139 Million was spent on the construction and upkeep of several roads. Among these was Fraser Road in Kara Kara, Victory Valley Access Road, Block 22 Access Road, Wisroc Access Road and Powis Crescent. Another $66.5 Milion was expended on bridges and drainage and irrigation projects in several communities. One of these was the $13 Million bridge constructed in the community of Speightland, which made ingress and egress easier for residents residing on the opposite side of the river.

The RDC also constructed two monuments honouring the Linden 2012 Martyrs and the Son Chapman victims. The construction of the new 102 Million RDC office in Speightland has also commenced.

REO Gordon described 2019 as a successful year overall and noted that the disbursement of the $3.9 Billion allocation was spread across all programmes, which increased the standard of living for Region 10 residents.