Golden Grove Secondary School became a hub for innovation on Tuesday when seventy schools in Region Four met to present, view and be inspired by Science, Technology, Engineering, Art and Mathematics (STEAM) projects.

“Guyana needs education of innovation to meet its limitless needs and as such its students must be provided with opportunities to develop practical solutions, to ensure that those needs are adequately met,” Park stated. 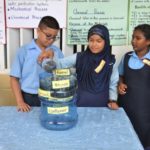 some students display their project at the fair. 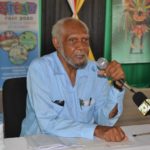 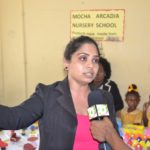 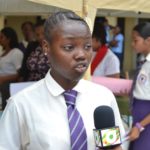 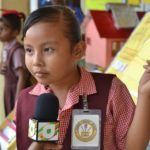 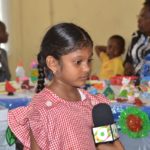 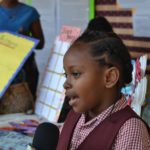 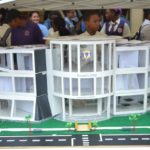 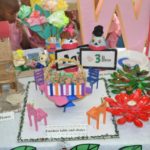 Some of the craft on display by Eccles Nursery School.

The Education Officer said that so far, they have 130 registered STEAM projects ranging from the nursery to secondary level.

Special guest Retired Justice Donald Trotman, reminded the youths present that they too have a role to play in the ‘Decade of Development’.

“Our government has launched a decade of development. We hope that your creative energies, your young minds will fill every year of this decade of the next ten years with many innovations,” Justice Trotman said.

During the exhibition, some of the students explained their projects to DPI.

“It has a structure to allow for ventilation. The buildings that we are normally accustomed to; these trap the heat and they circulate it preventing aeration,” the sixteen-year-old explained.

She further mentioned that the school will be powered by solar, wind and hydro energy, which will reduce the need for air conditioning units and in turn reduce the amount of Chlorofluoro Carbons (CFCs) in the atmosphere.

Eight-year-old Talisha Williams and Nicole Harry from Timehri Primary presented a chandelier made from recycled materials, “The chandelier is made out of cups with gold spray,” little Talisha said.

Eccles Nursery School displayed a number of eye-catching craft items made from recycled materials. “It’s made from plastic spoons and corks,” nursery student, Aliyah Mohamed explained about a candleholder.