Minister of Health, Dr. Frank Anthony today travelled to Pomeroon-Supenaam (Region Two) to get a first-hand look at the measures in place at the Public Hospital Suddie and Oscar Joseph Hospital to test for, and treat, COVID-19 cases.

The Minister handed over two ventilators to the Region along with several Polymerase chain reaction (PCR) testing kits.  Antigen testing kits have also been ordered for the Region.

Region Two’s current COVID-19 case figures may be inaccurate and the Ministry intends on remedying the gaps in testing there.

The Ministry has been noticing a trend in several regions where positive cases were showing up in minimal numbers. It has since found that they are submitting a smaller percentage of samples for testing to the National Public Health Reference Laboratory in Georgetown due to a shortfall in testing, particularly in Regions Five and Six. 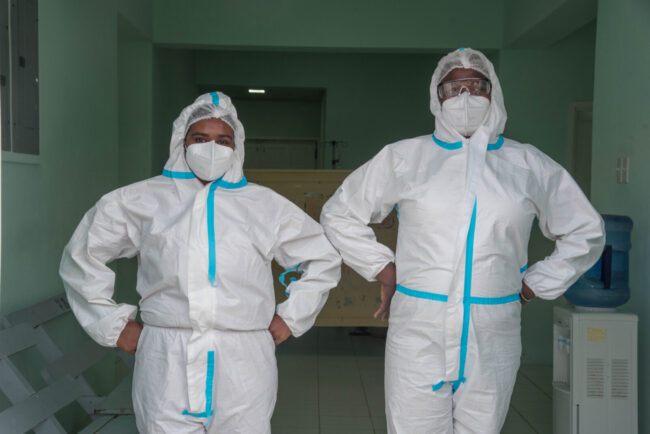 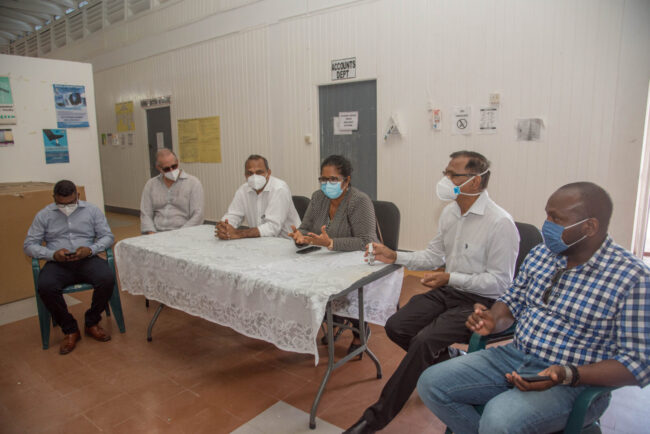 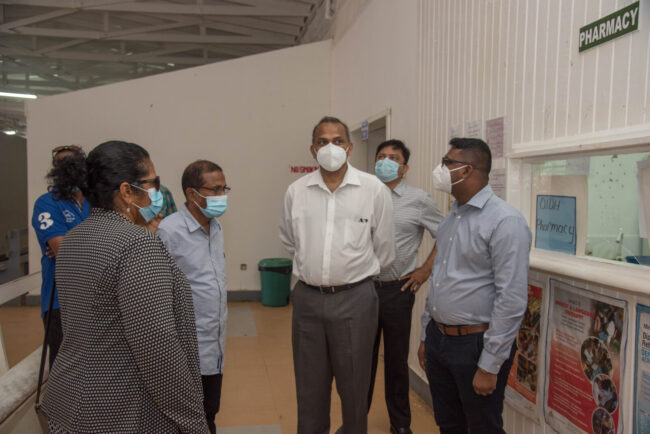 Minister of Health, Dr. Frank Anthony with members of the Region Two RDC during his tour of the Oscar Joseph Hospital at Charity on Saturday

Minister Anthony says if figures are not accurate, then this endangers everyone.

“We need to know who is active. We don’t know because we are not testing broadly. We will be providing more PCR testing for wider testing. Ventilators are also being provided to support you in this fight against COVID-19,” Minister Anthony said.

Further, Minister Anthony noted that doctors and nurses were the Ministry’s eyes and ears in the fields; therefore, the Government would provide the necessary tools for them to deliver effective service.

During the visit, Minister Anthony and Permanent Secretary at the Ministry, Mr.  Malcolm Watkins, met with the staff of both health institutions to discuss and address issues affecting them.