Minister within the Ministry of Indigenous Peoples’ Affairs, Valerie Garrido-Lowe made a call today, for support at the regional level for sports development in hinterland communities.

The Minister, speaking at the opening of the Indigenous Heritage Games at the Everest Sports club, Georgetown, said that support from the regional level is the only way indigenous athletes can develop efficiently. “The regional officers should make sure a budget for sports is being put in their regional budget so that before the Heritage Games, you must have a knockout competition,” Minister Garrido-Lowe explained. 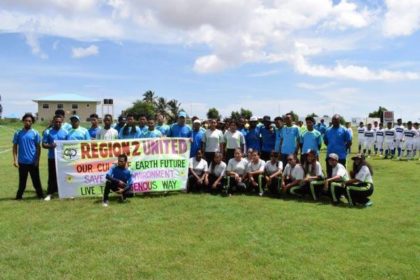 Minister Garrido-Lowe pointed out that she is aware of the struggles faced by athletes in the hinterland, and added that much more needed to be done. The Minister told the athletes, “against all odds, because lack of funds and maybe not too much encouragement from the region, but we have to do better than that.”

The intention of having support from the regional level, the Minister noted, is to have indigenous athletes on the national teams eventually represent Guyana at the Olympic Games. The Minister pointed out that the Ministry of Indigenous Peoples’ Affairs and the Department of Sports will continue to support indigenous sports.

Director of Sports Christopher Jones wished the athletes the best of luck in the games. Jones said that he was happy to see the number of female athletes participating in the games and congratulated the indigenous peoples 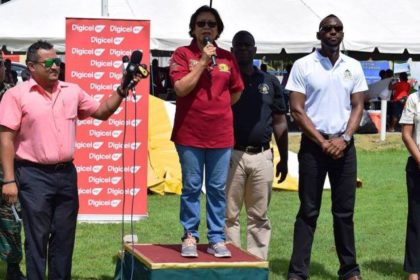 committee which planned the games.

The Sports Director also echoed the sentiments of Minister Garrido- Lowe of giving support where needed for the development of sports in the hinterland. The vision, Jones noted, is to have indigenous athletes participating at the Tokyo Olympic Games.

Jones told the participants that he is anticipating seeing them showcase their talents which would help guide the direction of the National Sports Commission in its talent search. “We will know exactly where to focus our attention, in which particular region to identify, whether it’s archery, whether it’s football, whether it’s track and field, whether it’s swimming,” Jones explained.

The Heritage Games are a part of the Indigenous Heritage Month activities which are being celebrated under the theme “Our Culture, Earth’s Future – Save the Environment, Live the Indigenous Way” in keeping with the Government’s push for a green economy.