Remapping of Guyana to begin in 2019

─ works to commence in Region 1

Commissioner of the Guyana Lands and Surveys Commission (GLSC), Trevor Benn, at the Commission’s annual end-of-year press briefing on Monday said plans are in place to begin remapping of the country.

According to Benn, the last time Guyana was mapped was in the late sixties. 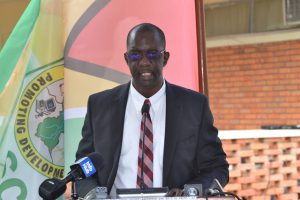 Commissioner of the Guyana Lands and Surveys Commission, Trevor Benn.

“We will begin work on this, this year, starting with Region One. This is coming at a cost of over $200M,” he told media operatives.

The Commissioner said the importance of good base maps and generally updated maps cannot be overstated. He highlighted that work has commenced on the development of the land parcel database for Regions 2, 3 and 7 with the expectation that this will be taken “across the rest of the regions in the coming years.”

“This is an important aspect in the management of all lands in Guyana since ultimately, a completed land information system enables the generation of accurate and important land statistics,” Benn explained.

He added that this would aid data-driven development decisions and increase the efficiency in land management.

The land parcel database involves georeferencing of survey plans to determine which areas have been surveyed, which have not and which are vacant.