‘Remember your loved ones’

“Remember your loved ones” is the plea from social workers attached to the Georgetown Public Hospital Corporation (GPHC).

They say abandonment of elderly patients by family members remains a sore issue despite years of appeals to desist from this practice. 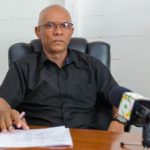 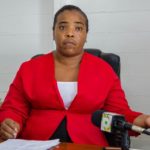 While the hospital refers to them as destitute, the social workers indicated that they are not necessarily so since in most cases, their families abandoned them for various reasons. Most, if not all, of these patients, are above the age of 60.

The social workers explained that leaving geriatric patients at the institution has a significant impact on their mental health with many becoming depressed, which in turn can contribute to an earlier death. In other cases, they become hostile towards staff and refuse care.

One of the recommendations to tackle the issue is strict legislation.

According to Wilkie: “In my opinion, this issue is beyond the hospital, and I think there should be some legislation in place guiding this, indicating that you cannot just bring a relative here, abandon them saying this is now the hospital’s problem.”

The hospital will also be publishing profiles of the discharged but abandoned patients for those who might be interested in their whereabouts and well-being.

“When you provide the correct name and other relevant information requested by the hospital, you’ll be surprised to know that there is some other concerned relative who has been looking for that person while the person who abandoned them might be lying and they would use that to come forward and take them away from the hospital, and we have had several cases like that,” Newman shared.

He added that profiling does not expose sensitive patient information, such as their illness or treatment. Instead, basic data such as their name, next of kin, the date they arrived, and when they were discharged but not picked up, along with a picture is provided.

The duo said there seems to be a particular time of the year where persons come and “dump their relatives at the hospital.” While the period of this heightened activity is from October to December of every year, the month of concern seems to be during December, especially around Christmas.

“This puts a burden on the hospital, especially on its human resource since these patients are already discharged, and the nurses that would have to look at them would be one who could have been dealing with another in-patient and emergency cases coming in,” Wilkie noted.

Her statement was supported by, Newman who added, that the “GPHC is all about providing medical care so after that process we are asking relatives to please take them home so that someone else who is sick will get that bed and be taken care of.”

Above all, the social worker pleaded for family members to be compassionate when it comes to the welfare of their relatives.

Newman explained that there are social workers at the hospital to whom the families could speak.

“If you are running into problems come and ask for the social worker here and talk with us and don’t leave your family like that here at the hospital, we can work something out.”