Residents in communities residing in the Hauraruni/Yarrowkabra Neighbourhood Democratic Council (NDC) are looking forward to increased development as they cast their ballots for the first time in the Local Government Elections (LGE).

The NDC is one of nine new Local Authority Areas (LAAs) that were created to make up the total 80 LAAs in this year’s elections.

In Yarrowkabra, Constituency One, there was a steady flow of residents, many of whom were first-time LGE voters. 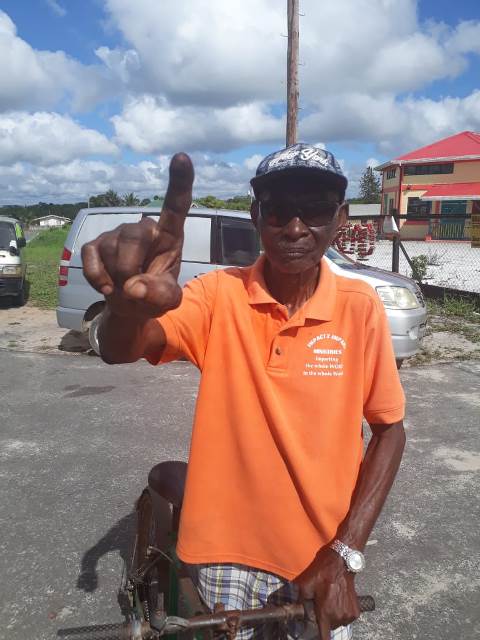 90-year-old Edward Benjamin, who was ecstatic about exercising his “democratic right” to vote. 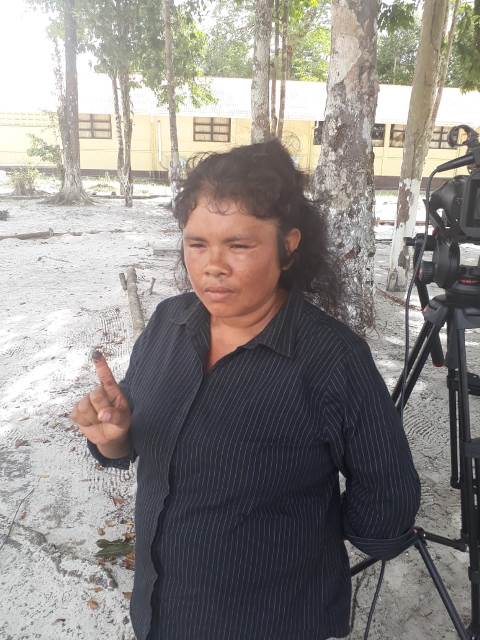 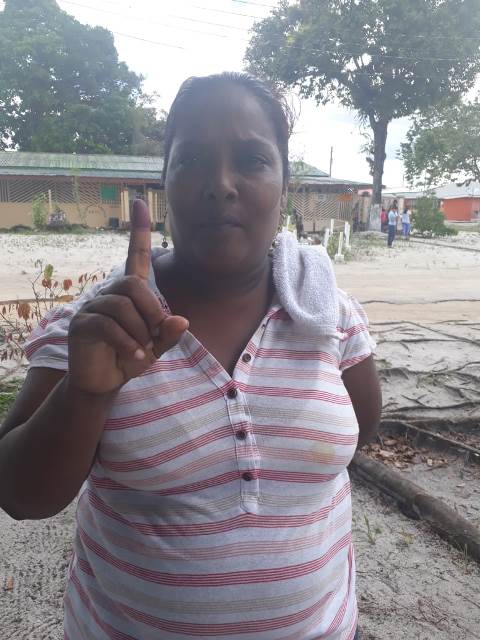 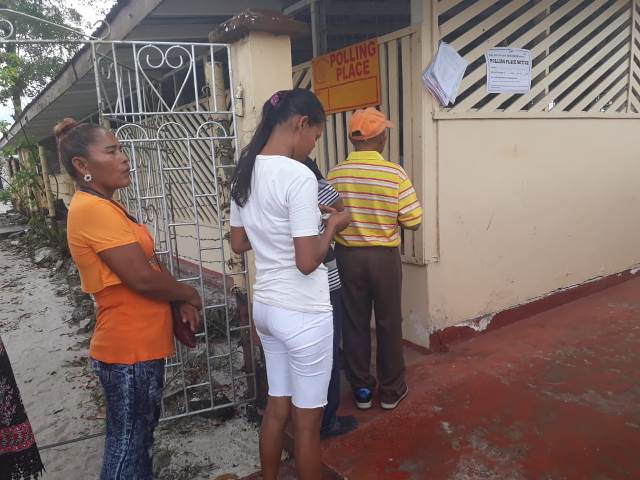 Gladwin and Evelyn Fordyce were happy to cast their votes. Gladwin noted the elections provided an opportunity for his community to hold their leaders accountable for the community’s development. He added that he looks forward to seeing the community supplied with adequate potable water and electricity.

For 90-year-old Edward Benjamin, today is his lucky day. He said he finally gets a chance to exercise his democratic right and pave the way for his community’s development.

“When the vote is cast and counted … We will be able to control our own Council,” he said as he expressed hope that the community gets intermediate roads. He added that he foresees Yarrowkabra becoming a town.

First-time LGE voter, Wendy Hernandez said the election is important to advance the community’s development. “It is very important for us,” she noted.

Over in Constituency Four, Kuru Kuru, residents were carpooling to the polling station located at the Kuru Kuru Training Centre.

Indroutee Stephens, who resides in Long Creek along the Soesdyke/Linden Highway, was among a pickup load of persons who arrived to vote. “We glad to vote to let somebody win so we get development on the highway,” Stephens said.

Another first-time voter and resident of Kuru Kuru, Josiah Elliman, said casting his ballot was an easy process. Elliman added, “From today we look forward to the betterment of the community.”

Katrene Alfred ensured she was in line before polls opened. The Red Road/Long Creek resident said she voted because “we need a good leader to get all these things”.

PPP Constituency Four Candidate, Askeri Ferriea said the formation of the NDC will make a positive impact the communities captured in the new NDC.

Meanwhile, residents captured in the new NDC of Aranaputa/Upper Burro Burro also took to the polls this morning for the first time. People turned out in constant numbers to vote. So far, 75 persons have been counted at the polling station in Constituency Three, 70 in constituency Two and 60 in constituency One. Voting is continuing smoothly and in an orderly manner.

The Aranaputa/Upper Burro Burro NDC in North Rupununi, Region Nine, Upper Takutu-Upper Essequibo, is made up of three constituencies of about 110 persons.