The Public Health Ministry is on a campaign to guarantee universal health coverage for all Guyanese, and in the quest, more doctors and ambulances will be deployed to the interior location this year to help improve front-line medical care, Ramjas explained in a recent interview.

“The water ambulance will be for Moruca Sub-District while approval has been given as well for the purchase of a road ambulance for the Kumaka District Hospital”, Ramjas said. 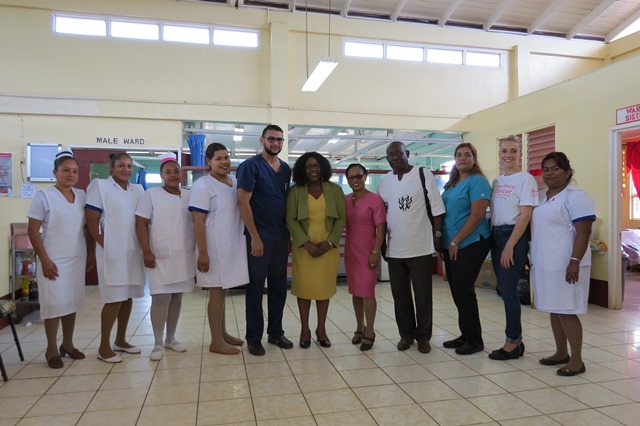 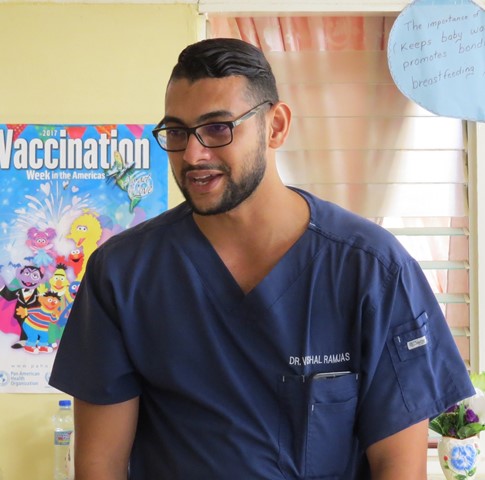 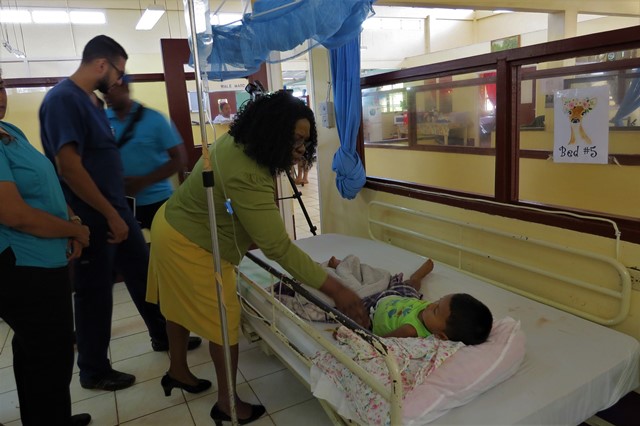 Dr Karen Cummings, Minister within the Ministry of Public Health interacts with a patient in the Pediatrics ward during her recent visit to the Mabaruma Regional Hospital.

The ambulances which were procured at a cost of G$44M, will aid especially in the transfer of emergency cases in a timely manner to the Mabaruma Regional Hospital, the RHO (ag) said.

The Region is also expected to receive four additional General Medical Officers (GMOs) who will complement the current batch working in the Region.

“We have 189 staff in the region, 61 of which are at the Mabaruma Hospital. We have been working at a human resource deficit of 50 per cent but with the additional staffing, the burden on the current staff will be reduced significantly”, Dr Ramjas revealed.

Pressed on accommodation and other amenities for the additional staff, Ramjas said the Region has already begun construction of doctors’ living quarters in the Mabaruma Hospital Compound. The building is being erected at a cost of G$18M and will house the four new staff comfortably.

According to health official, the Mabaruma Hospital is being identified by the Ministry of Public Health for upgraded to SMART Hospital initiative which is funded by the British Department for International Development (DFID) with (PAHO/WHO) acting as the executing agency.

The ‘SMART Hospital’ concept refers to a health facility which is both safe and green. Hospitals and other health facilities embracing this concept must provide standard and efficient healthcare before, during, and even immediately in the event of a natural or man-made disaster.

The initiative will result in enhanced safety standards; a reduction in downtime and damaged hospitals from natural hazards, as well as a reduction in water and electricity consumption.

“Mabaruma Hospital is part of the Smart Hospital initiative and will be retrofitted and services are going to be improved as we deliver optimum care to the patients”, Ramjas pointed out.