A simple christening ceremony of the aircraft, held today at Roraima’s Hanger, Ogle Airport, commemorated the new acquisition which cost the company some US$700,000.

Minister within the Ministry of Public Infrastructure, Annette Ferguson, congratulated the Chief Executive Officer (CEO) of Roraima Airways, Captain Gerald Gouveia, for the continuous improvements his company has made in the aviation industry.

The minister added that aviation is moving apace in Guyana. Minister Ferguson noted that Guyana’s ICAO (International Civil Aviation Organisation) rating has moved from 44.4 per cent to 64.4 per cent.

Guyana is scheduled for another evaluation before the end of this year.

“We should be able to see us moving from that 64.4 per cent to at least close to 80 per cent,” Minister Ferguson said. 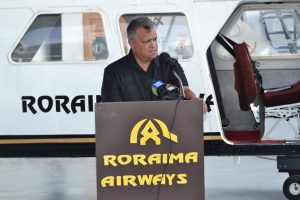 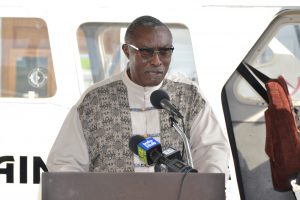 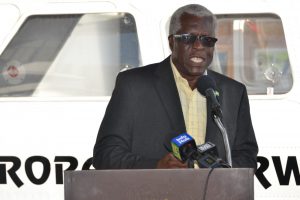 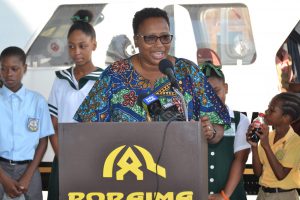 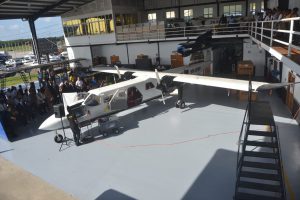 Captain Gouveia explained the aircraft was purchased in New Zealand and assembled in Guyana by the company’s local engineering team. The aircraft, which boasts three engines, is suitable for short landing strips that are found in Guyana’s hinterland.

Gouveia explained that all their aircraft are equipped with Automatic Dependent Surveillance-Broadcast (ADS-B), to improve safety in the skies. The new acquisition also means more fly time, Captain Gouveia added.

“As we add this new plane to our fleet it increases our capacity to service the tourism sector, the mining industry, the investment industry and so,” Captain Gouveia explained.  He added that the company is also flying more medical excavation and regional air travel.

Field said steps are being taken to amend its regulations to ensure that airlines or operators working in Guyana do not operate under a Foreign Air Operators Certificate for too long a period, as currently prevails.

“Within the period of between 6-12 months, they must be in a position to apply for a local Air Operators Certificate. It gives the local engineer, the local pilot the opportunity to gain employment within that company,” Field said.

Meanwhile, Chairman of the Private Sector Commission (PSC), Desmond Sears, said the new addition to Roraima’s fleet addresses the growing need for air services in a developing Guyana. “These flights will enhance our physical links with the hinterland and open up new business opportunities,” Sears said.