His Excellency President David Granger today said the decision by the Guyana Elections Commission (GECOM) to reduce the number of private residences for polling places, has nothing to do with the government and that all questions and concerns should be raised with the commission.

He made it clear too that there is no attempt on the part of the government commissioners at GECOM to disenfranchise anyone.

The Head of State was asked to respond to concerns raised by the opposition PPP, which claimed Thursday evening that it was “deeply disturbed” over GECOM’s decision. 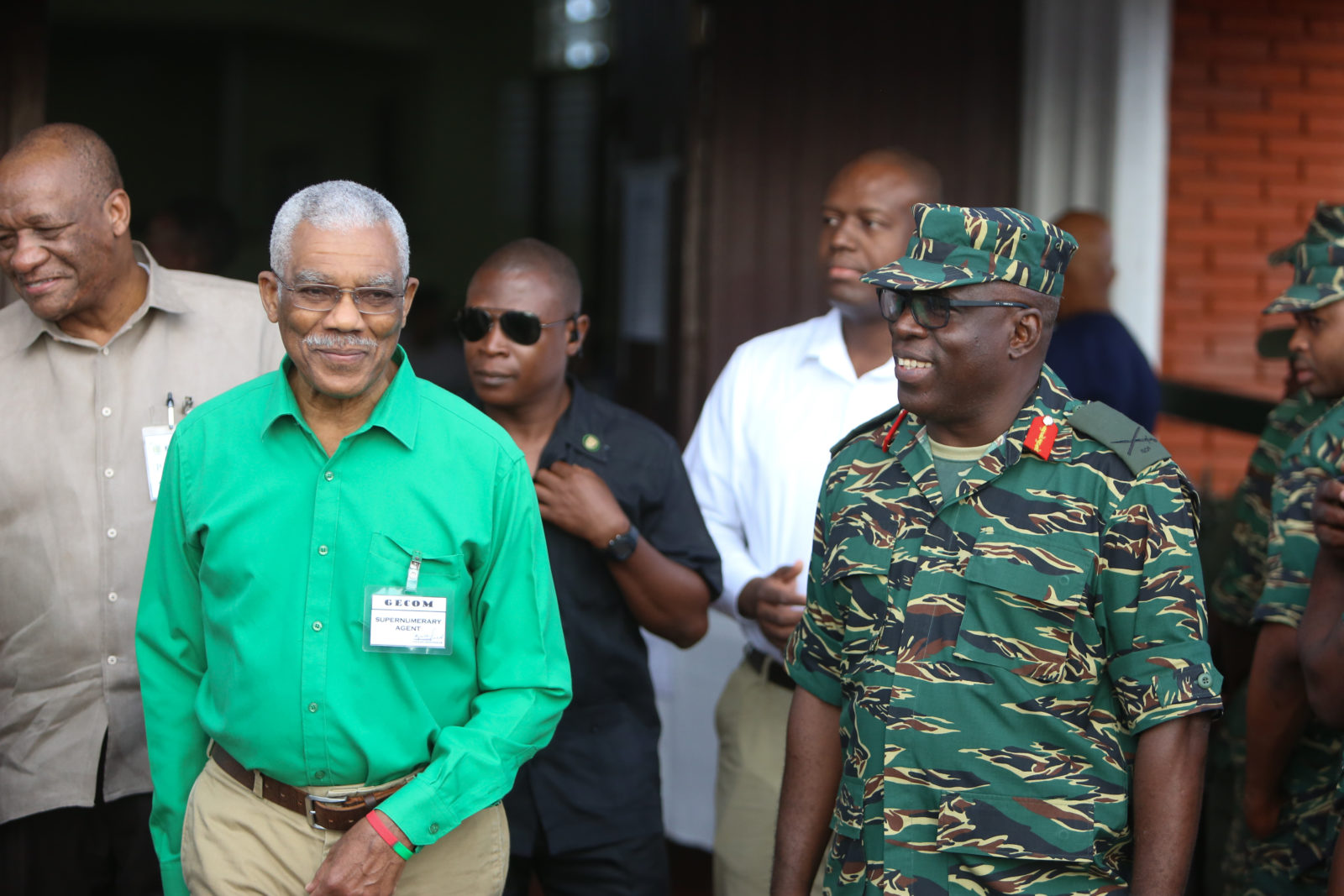 Though not within the government’s purview, President Granger noted, however, that the PPP had in the past abused the very system, causing many Guyanese to be disenfranchised.

He said while the PPP was in government, it was apparent to the then opposition that some of the private residences were so obscured that “many of our supporters could not find them. Many of them were changed at the last moment.”

“But there were numerous abuses in the past in terms of the selection of private residences. Some of them were obscure, some of them were the houses of active political advocates and many persons not associated with the administration at that time were disenfranchised,” President Granger told media operatives.

Meanwhile, Chief Elections Officer (CEO) of GECOM Keith Lowenfiield said the polling stations available tie into ordinary arrangements of the usual voting process and that the elections body is not taking away the ordinary medium of operation or method used by the electors.

He said GECOM is now heeding recommendations made the Carter Centre following the 2015 elections which stated that the commission should minimise the use of private residences.

He said public places are generally used for elections and if such places are available then they will be used.

“The commission in its wisdom decided that probably it is a fair thing for the commission to do. And therefore, moving towards minimization and hopefully sometime down the road the eradication of private places,” he said.