Minister of State, Joseph Harmon is slated to address Buxtonians on the night of July 31 as residents of the village and surrounding communities usher in the 180th anniversary of the Emancipation of enslaved Africans in Guyana and the Anglophone Caribbean. Minister Harmon will deliver the keynote address at the Buxton Emancipation Soiree at the Buxton Line Top on Tuesday, July 31. 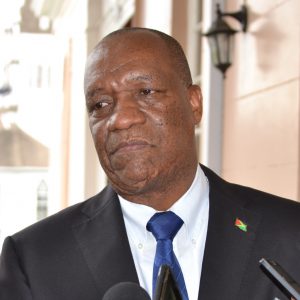 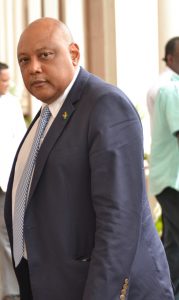 According to a release from the Buxton First of August Movement, the observances will begin on Sunday, July 29 with an Emancipation Church Service at the St Augustine’s Anglican Church, Buxton from 8:30 am. On July 31, there will be a Libation Ceremony and the Emancipation Soiree. The Libation Ceremony will be held at the Emancipation Monument at the Buxton Market Square beginning at 6:00 pm. This will be followed at 9:00 pm by the soiree which includes Drama, Poetry, Folk Singing, Dance, Village Gaff, Kwe Kwe, Nancy Story. Super Cat One Man Band will also be in attendance.

The observances will conclude with the annual Eusi Kwayana Emancipation Symposium at Friendship Primary School Sunday, August 5 at 4:00pm. The topic for this year’s symposium will be “The Coming Oil and Gas Economy: Prospects for Empowering the Poor and Revitalizing the Village Economy”. The panellists are Professor Clive Thomas and Minister of Natural Resources, Raphael Trotman. Attorney-at-law and rights activist Nigel Hughes will join Professor Thomas and Minister Trotman in the discussion of oil and gas and the village economy

This year, the Buxton First of August Movement’s activities, which will be held under the theme “Emancipate Yourself from Mental and Economic Slavery,” and will be the start of a year-long conversation among Buxtonians on village revitalization and renewal.