Emotions were charged as ten Guyanese, the majority children, returned last evening from Tortola on a Trans Guyana Airlines Flight. 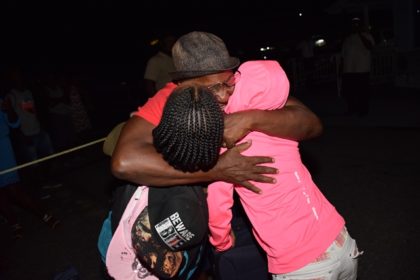 Two of the evacuted children being greeted by a relative.

Minister of Citizenship Winston Felix said that the children are a priority, and arrangements will be made to have them enrolled in schools as soon as possible. All of the returning persons have relatives here and will be residing with them.

A nineteen-year-old on the flight is the only member of his family that returned home and expressing much relief for his safe return was his aunt, Shellon Bruce. She told the Department of Public Information (DPI) that she is relieved to have her nephew home safe.

While others were in high spirits, Randy Ragnauth, the son of Derek Ragnauth, a Guyanese national who perished as a result of the storm, has returned to make funeral arrangements for his father.

Meantime, local commercial airlines are collaborating with government and the Civil Defense Commission (CDC) to evacuate Guyanese nationals who are stranded in hurricane-stricken territories of  Tortola, St Maarten, Antigua and Barbuda, and Dominica.

To date, 13 persons have returned to Guyana. The first batch was returned from Dominica on Sunday, October 8, via a Trans Guyana Airlines flight.

Major Sean Welcome, Preparedness and Response Manager of CDC said that CDC has also utilised the services of the airlines to take in non-perishable food items. He commended the airlines for playing such a vital role in the process of aiding the affected persons.

11 containers with food supplies have since been deployed to the Caribbean Disaster Emergency Management Agency (CDEMA). Containers and other supplies are sent to CDEMA and then deployed to territories where aid is needed most.

Meanwhile, other flights are expected within the week and an estimated 83 nationals are slated to return. 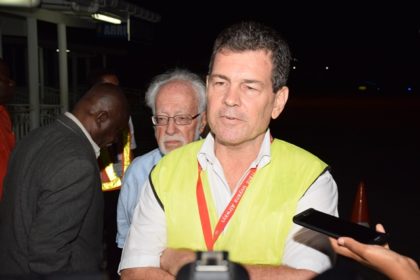 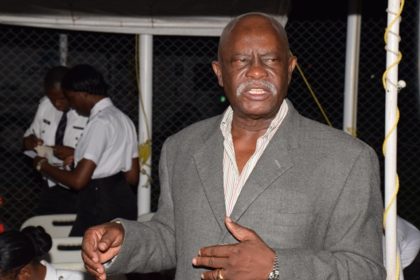