In its pursuit to create a green economy, the government continues to up its drive towards the use of renewable energy rather than fossil fuel.

Aside from the construction of a number of solar farms, they are now moving in the direction of wind energy. Minister of Public Infrastructure David Patterson during a press conference disclosed that the Ministry is closer to the development of a wind farm. 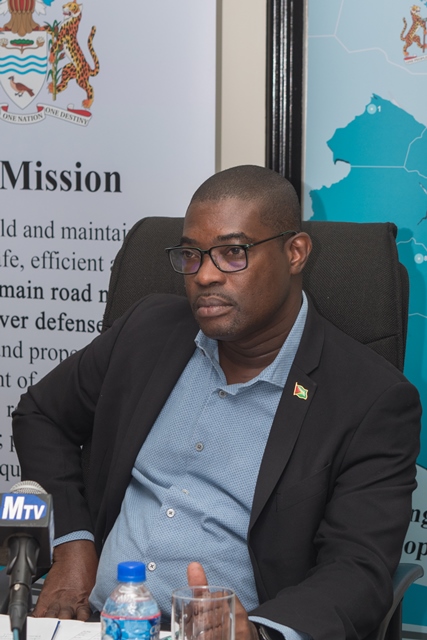 “The Guyana Energy Agency has identified several potential sites along the coast to conduct detailed wind resource assessment and consequent the development of utility grid-connected wind farms,” he stated.

The sites Minister Patterson said are closely being examined for further development. “We are monitoring them as we speak. You need a year’s data and with that year’s data we will invite persons to bid or develop projects to harness the wind energy,” he explained.

The government’s commitment to going green was also outlined in His Excellency President David Granger’s Decade of Development plan. In that proposal, the Green State Development Strategy was identified to play a pivotal role in the development of almost every sector in Guyana.

With that, the government has embarked on the development of several renewable energy projects. These include solar farms in Bartica Region Seven and Lethem where sites have already been earmarked. This in addition to the solar farm in Mabaruma Region One that will soon be commissioned.