Youths residing in the community of Shieldstown, in Mahaica-Berbice, Region 5, were gifted a quantity of sport gear and equipment to enhance their skills and techniques.

Minister of Social Protection, Hon. Amna Ally made the donation during a meeting on Sunday, at the community centre ground. 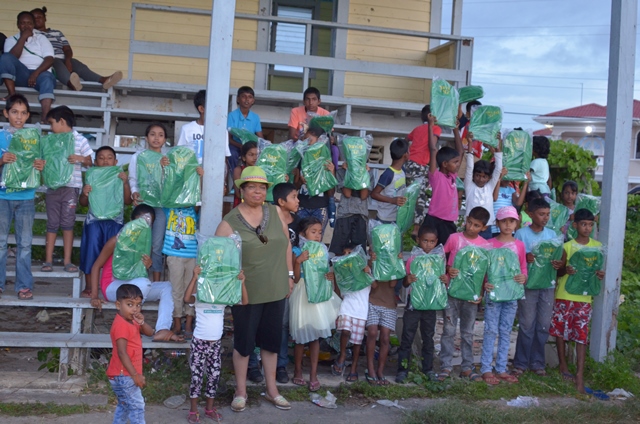 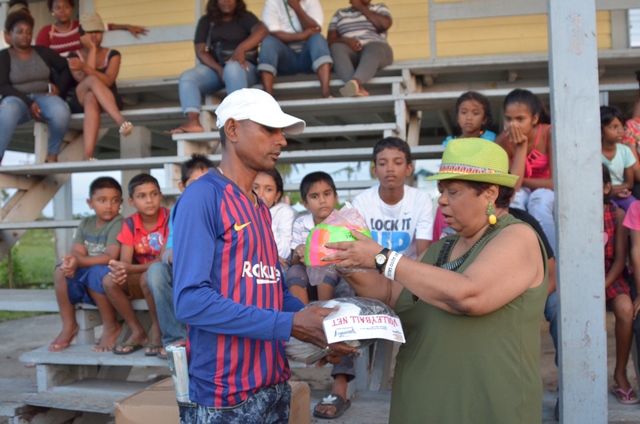 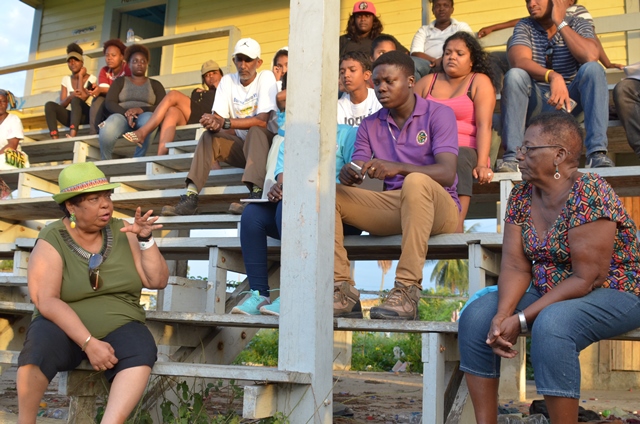 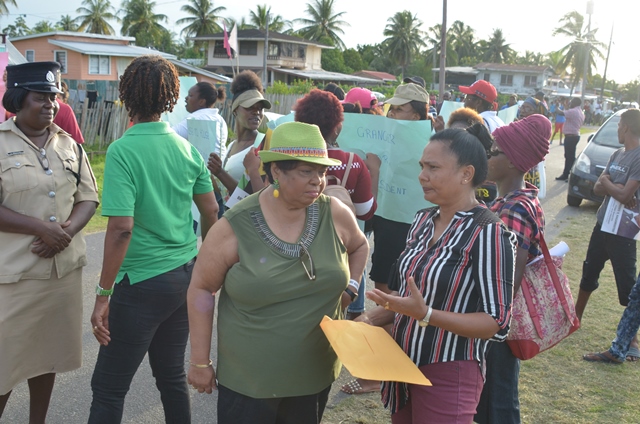 The male ‘All Star’ team received volleyball, nets and footballs.

A resident also was eager to donate poles to help support the nets. Nandlall Mannu, who accepted the gift on behalf of the community, said the additional tokens would be used equally by all who participate in the afternoon games.

Additionally, over 50 students received ‘David G’ school bags as part of the government’s back to school drive.

Meanwhile, Minister Ally highlighted that the government has been working to make sure that every citizen of Guyana benefit from the “good life” promised by the APNU+AFC administration. The minister also informed that in the upcoming elections, citizens need to make wise decisions when considering who will better manage and continue the development of the country.

“Let us judge what has happened in 23 years from what has been happening now, and you will see the progress we have made during our tenure,” remarked Minister Ally.