The East Coast Demerara highway is close to completion with the extension of the four-lane section from Better Hope to Annandale 80 percent complete.

This means the recent delays experienced by commuters will soon be relieved and the overall project remains on schedule for its September 2019 deadline. 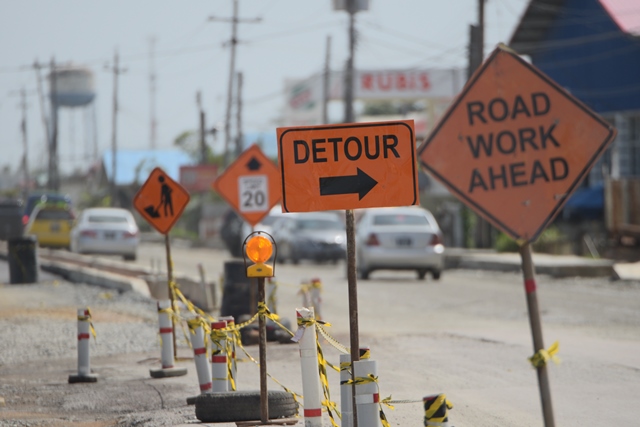 Some of the reflective signs installed along the ECD roadway. 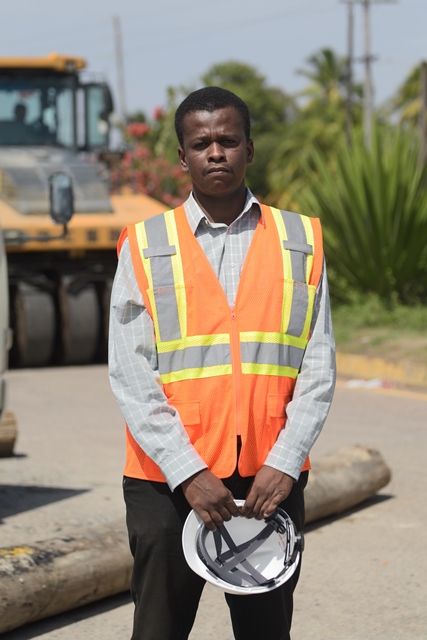 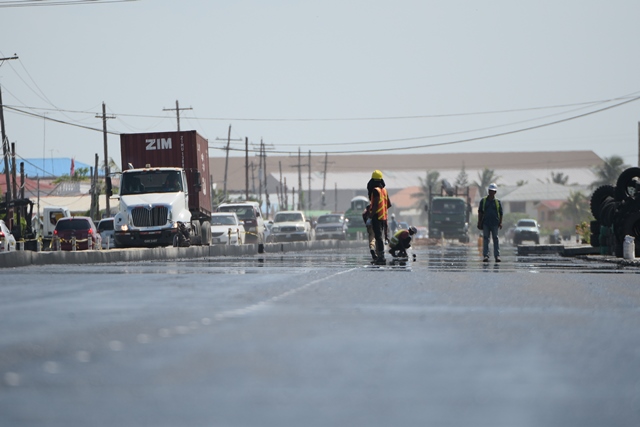 Paving of the Southern carriageway of the ECD road. 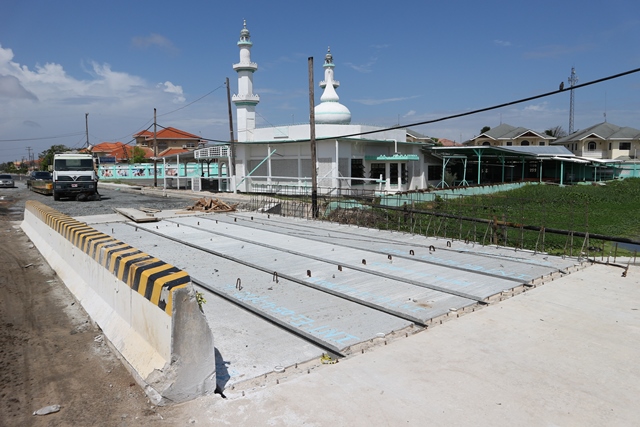 One of the substantially widened bridges at Success .

Technical Services Manager at the Ministry of Public Infrastructure, Nigel Erskine informed the Department of Public Information (DPI) that provided there is good weather, the plan is to complete three kilometres by the end of the month to reach the targeted 85 percent of the four-lane completed. That would result in approximately 50 per cent of the total project being completed.

The four-lane section will be completed by January after which works will immediately commence on the two-lane section.

Further, the project also involves the installation of reinforced concrete revetments. To date 100 percent of this has been completed, Erskine said. Approximately 14 kilometres of drains have been constructed, making this aspect of the project 98 per cent complete.

The Technical Services Manager noted that the relocation of all utilities has been completed, while preparatory works have begun on an identified market tarmac for vendors from the Mon Repos market.

The major challenge remains the traffic congestion which the ministry is working assiduously to address.

“We had several meetings with the Guyana Police Force and have had safety audits in the day and night to look at the challenges. Coming out from those meetings, we made and implemented several recommendations. For the diversions, the contractor would have started maintenance of the diversion areas. A total of 54 reflective signs including speed limits, detour, work zones have been installed,” Erskine underscored.

In 2016, the government and the People’s Republic of China signed a GYD $9.6Billion (US$45.5Million) concessional loan for the completion of the widening of the road between Better Hope and Belfield. Guyana has contributed $2.7Billion towards the project.