― equipment handed over to members of NDC at a community meeting chaired by Min. Ally

Today, the Moblissa Community Policing Women’s Group received sewing machines from the Ministry of Social Protection. The equipment was handed over to members of the Neighborhood Democratic Council (NDC) at a community meeting chaired by Minister Amna Ally.

The donation followed a request made by a member of the Regional Democratic Council (RDC) on behalf of the women’s group. Minster Ally noted that she was happy to provide them with the machines which will aid the women to be financially independent. The group designs clothes, bedsheets, table cloths and cushions. 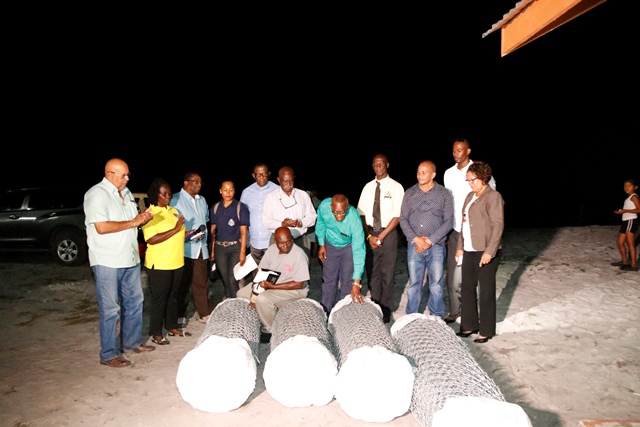 [In the photo] Minister of Citizenship, Winston Felix, Minister within the Ministry of Indigenous Peoples’ Affairs, Valerie Garrido-Lowe and Members of Parliament, Michael Carrington and Reynard Ward, and Managing Director of the Guyana Water Incorporated (GWI), Dr. Richard Van West-Charles among others behind the rolls of fencing material for Moblissa Nursery School. 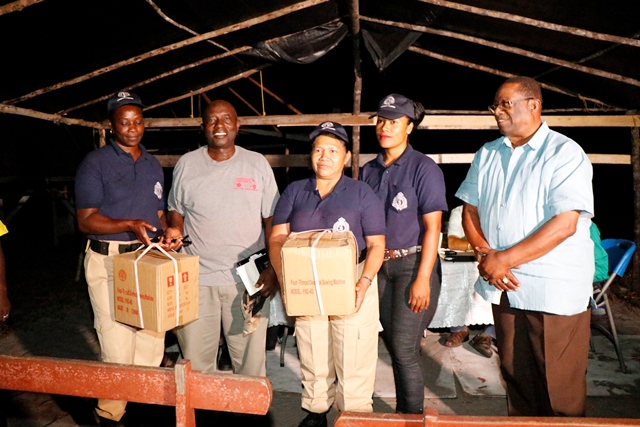 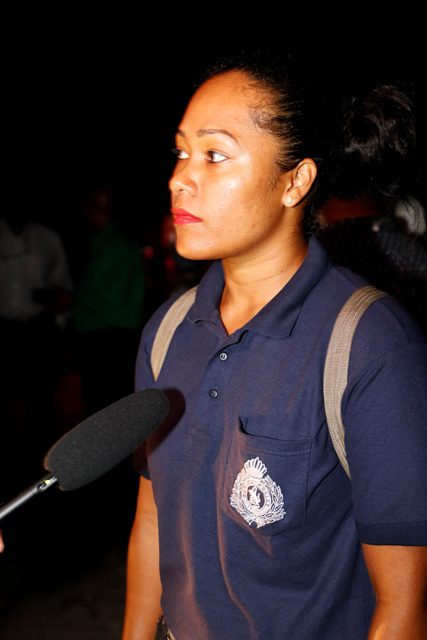 “This contribution will definitely make a big difference because we only had two sewing machines and it was a struggle when [others have things to sew at the same time]. It will come in very good because [it will help] us to out a lot,” said Aulicea Cornelius, a member of the women’s group.

“We just want to say thank you because in Moblissa here we don’t have a lot of things, and life is a struggle because of [lack of job opportunities] and so the sewing machines gives us opportunities,” she added.

Their group was not the only ones who benefited from the minister’s visit; the Moblissa Nursery School received four rolls of fencing material following a request by concerned parents to have the school and its compound fenced for the safety of the students.

The residents welcomed the provision of the items.