During 2017, the Guyana Energy Agency (GEA) will construct six solar-powered bus sheds which will be equipped with light-emitting diode (LED) lights, and charging ports for mobile devices. 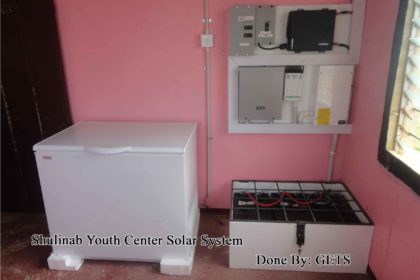 A solar system installed at the Shulinab Youth Centre, Region Nine by the Guyana Energy Agency during 2016

Chief Executive Officer (CEO), GEA, Dr. Mahender Sharma said that one of those sheds will serve a dual purpose by providing solar power  for the lighting of the Independence Arch at Agricola.

Dr. Sharma made this statement yesterday at the Ministry of Public Infrastructure’s year in review at Transport and Harbours Sports Complex at Thomas Lands, Georgetown.

Dr. Sharma explained that the initiative is in keeping with the Government’s commitments towards “greening” the economy, in recognition of the Nationally Determined Contributions (NDCs) to the Paris Agreement on Climate Change, as well as the Sustainable Development Goals (SDGs). 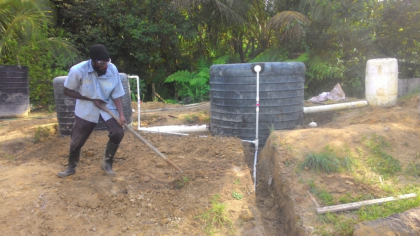 “The work plan for 2017 builds on the agency’s experiences and is designed towards ensuring the vision of a Green Economy by providing reliable energy that is economically, environmentally and socially sustainable for all in Guyana,” Dr. Sharma explained.

Further, in 2017, the Agency will continue to manage, facilitate and monitor fuel imports.  Licencing activities of the various fuel installations across the country and related inspections will continue.

The Fuel Marking and Testing Programme, administered by the GEA to counter the smuggling of fuel will also continue. 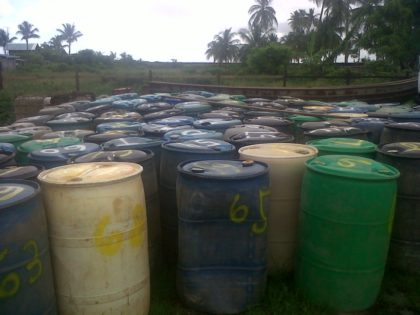 According to Dr .Sharma, in 2016, the agency successfully conducted more than 14,545 site visits where more than 35,600 fuel samples were collected and tested and seized 20,925 gallons of illegal fuel. Currently seven fuel smuggling prosecutions are ongoing before the Courts.

Sharma underlined that other successes from the GEA during 2016 include the agency completing energy consumptions assessments of 22 buildings and effected energy efficient lighting change-outs and installations at six schools. It also supported ministries, including Education and Finance.

The CEO stated that the GEA’s vision is to provide a reliable supply of energy, at the lowest costs possible, in an economically, environmentally and socially sustainable framework for all in Guyana.