─ urged to be ‘bread basket’ of Rupununi Region again

Honey, pepper sauce, wine, organic fruits, vegetables and peas, cuts of mutton and pork were all for the taking as farmers from the South Pakaraima District showcased their produce for the Region 9 World Food Day Exhibition on Wednesday.

Over a dozen booths were set up at the Cashew Grove Children’s Park in Karasabai, Upper Takutu-Upper Essequibo with the wide-cross section of items on display. 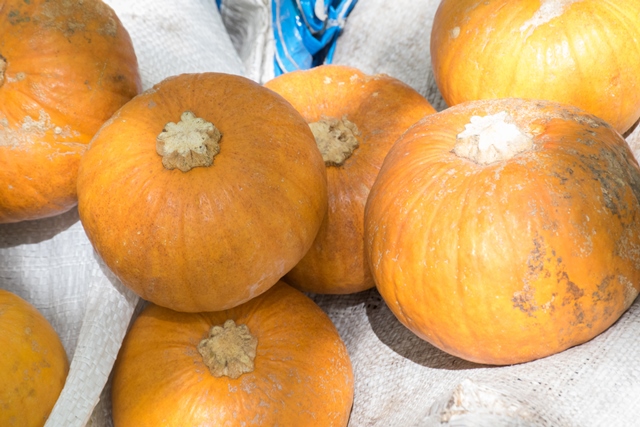 Organic pumpkins being displayed for sale. 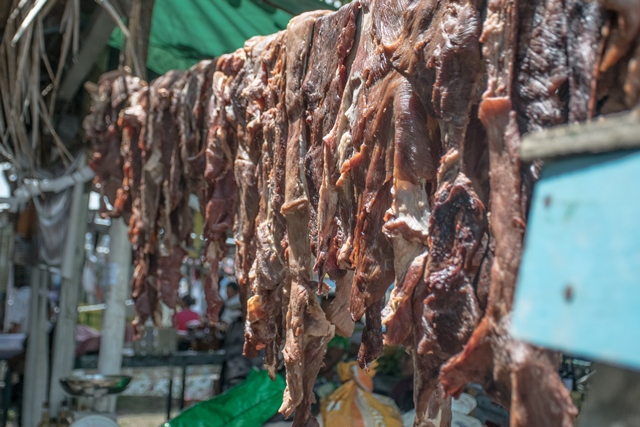 Beef on display for sale. 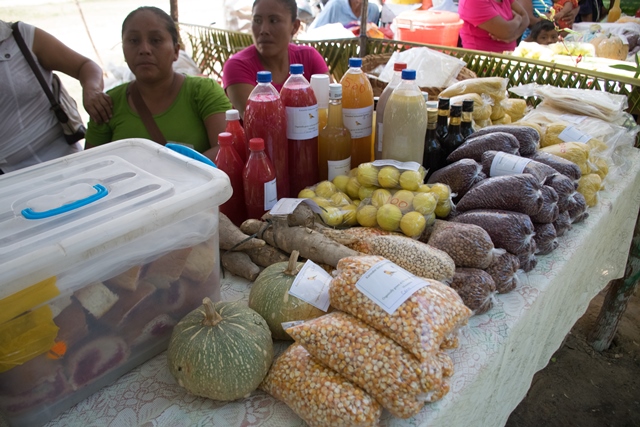 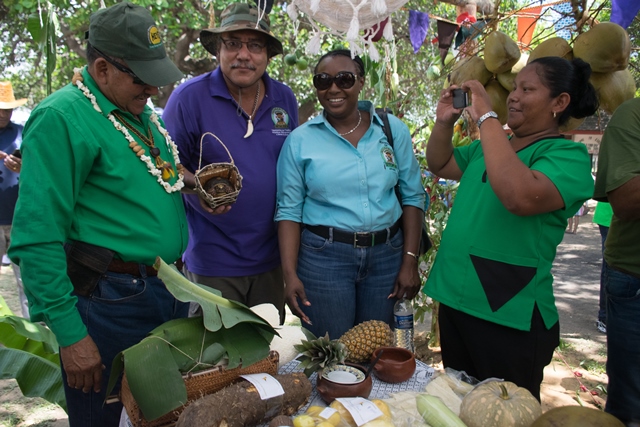 In his opening remarks, Minister Allicock called on the residents to engage in more farming activities to regain the honour of being the breadbasket of the Rupununi Region.

“We must produce. Agriculture is the way to go, without food, no one can survive. This is a way you can develop your community and move it forward.”

This, the minister emphasised, is why the administration has invested billions of dollars to ensure roadways are properly maintained so that residents can take their produce to the market hassle-free. Also, this administration has installed free internet service in communities across the region so that the residents can promote their businesses and sell their products.

Minister Garrido-Lowe reiterated that the hinterland is blessed with fertile soil and therefore, the residents must make full use of it by ensuring enough food is produced to feed the district, the region and ultimately, the entire country.

The REO Carl Parker pointed out that the regional administration has been pushing agriculture in the region. To date, there are 15 shade houses established in secondary schools and selected villages across the region.

While he acknowledged that a common issue is access to market, the REO disclosed that the regional administration has committed to purchasing produce from the local farmers to supply four student dormitories that accommodate over 800 students. “Many times, we have to source vegetables from Georgetown and neighbouring Brazil… I am saying to you [farmers] take your produce to the dormitories, collect an invoice and bring it to the regional office and we will pay you for it. This year $153M was allocated to the dorms and all will be going to Georgetown. Next year we are asking for over $600M … You need to increase your production we want to support our local businesses.”

Parker also mentioned this will assist the hot meal programme which provides meals to students in the nursery and primary schools.

Crop Extension Officer of the Ministry of Agriculture, Romaul Ramkissoon urged the residents to use the opportunity to create linkages and promote their businesses. He also encouraged them to make use of the upcoming Regional Agricultural and Commercial Exhibition in Lethem.

World Food Day is an international day celebrated every year around the world on 16 October in honour of the date of the founding of the Food and Agriculture Organization of the United Nations in 1945. The day is celebrated widely by many other organizations concerned with food security, including the World Food Programme and the International Fund for Agricultural Development.