State of the Caribbean Climate 2017

The impact of climate change across the Caribbean is bearing heavily on regional economies and countries are being urged to be aware of the debilitating effects.

They were also warned to keep an eye on the slow-onset impacts of climate change and the vulnerability they create. 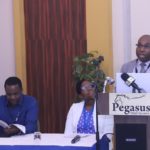 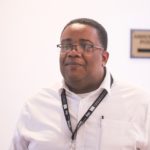 The University of the West Indies (UWI), and the Caribbean Development Bank (CDB) on Wednesday hosted a climate-smart workshop at the Pegasus Hotel, where the State of the Caribbean Climate 2017 report was also addressed.

The CDB has made climate resiliency a priority of its work programme. Programme Manager Dr. Yves Personna said they had raised some $85.5Billion (US$410Million) to support disaster risk management and climate resilience interventions.

Minister of Foreign Affairs, Hon. Dr. Karen Cummings had told the UN’s 74th General Assembly back in September that Guyana was pursuing transformative action to become a sustainable modern state despite its vulnerability to natural disasters.

Guyana has incorporated the Sustainable Development Agenda into its national development strategy – the Green State Development Strategy: Vision 2040 – to make a green state a reality.

The two-day workshop was the first of three planned climate-resilient meetings by the organisers.