Stena Forth arrives in Guyana for drilling in Orinduik Block

The Stena Forth Class 3 drillship has arrived in Guyana and will soon embark on a drill campaign at the Orinduik Block where UK-based Tullow Oil and its co-venture partners are optimistic of striking crude.

According to the local oil and gas news site OilNOW, Tullow Oil will drill the Jethro-1 prospect which is expected to be followed by a second well, the Joe prospect, a few kilometres away. The two wells are not contingent and will be drilled immediately, one after the other. 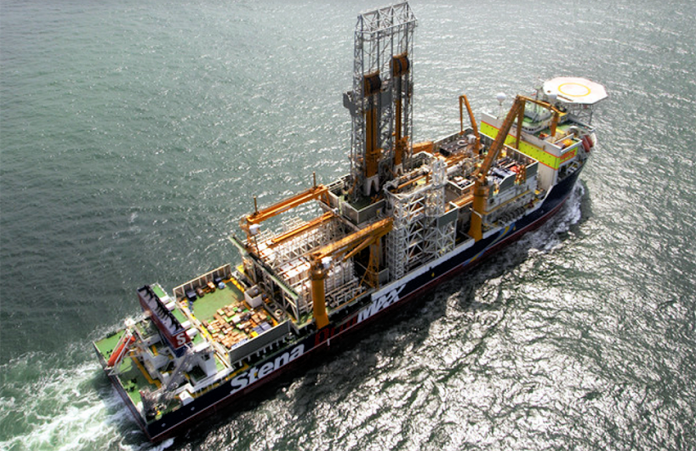 Junior partner, Eco Atlantic Oil and Gas, has said the Orinduik Block could contain as much as 4 billion barrels of recoverable oil. Orinduik is located next to the prolific Stabroek Block where US oil major ExxonMobil has already found more than 5.5 billion barrels of crude.

Thus far, US ExxonMobil has four drillships in its fleet – the Noble Tom Madden which is working on the Yellowtail Well and then the Hammerhead-2; the Stena Carron which is completing a well test at the Longtail-1 discovery to be followed by the drilling of another well at  the Ranger discovery, Noble Bob Douglas working at the Liza Phase 1 development and the Noble Don Taylor.

ExxonMobil had previously said that there is potential for at least five floating production, storage and offloading (FPSO) vessels on the Stabroek Block producing more than 750,000 barrels of oil per day by 2025.