—data base to be established

Finance Minister Winston Jordan said the government will turn its attention to stimulus packages for vulnerable Guyanese who have been most affected by the novel coronavirus (COVID-19), as soon as the country moves past its current hurdle.

In the meantime, he said the government is seeking to establish a database of all persons whose lives have been severely affected by the still growing pandemic. 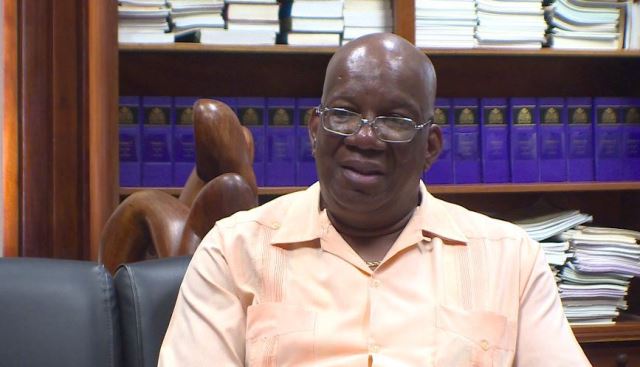 “A lot of those people have now become vulnerable. You have the shut-ins who really didn’t look to the government for anything because they might have had a family who might have supported them along with the regular vulnerable including the aged and children,” Minister Jordan told DPI during a Zoom interview last Friday.

The Finance Minister said the government will be establishing a database with those names and craft a strategy that looks to the short, medium and long term. “This is countrywide and the time horizon we don’t know,” he said

The present hurdle also includes an undeclared winner of the country’s March 2, 2020, General and Regional Elections. The situation has now led to a national recount of those votes by the Guyana Elections Commission (GECOM).

The current impasse has also affected a reconvening of Parliament where crucial decisions are made and laws are passed.

In the meantime, Minister Jordan said the government is setting its priorities in order, which includes securing resources to fight the virus.

“One of the things we have to get correct is our order of priorities. Our immediate priority is garnering resources to fight the pandemic. Very few countries in the world have seen the flattening of their curve. Unfortunately, in Guyana, we have not experienced that as yet. Some people have suggested, based on the rapidity with which the numbers have climbed, the worse is yet to come,” he asserted.

Latest details show that out of overall 305 persons tested, 63 have been confirmed positive. The positive cases also account for seven deaths.

“More and more our resources will have to prioritise to fighting the virus frontally so that our attention is turned to that,” Minister Jordan said.