Street lamps to be installed along East Bank of Berbice Road

As the East Bank of Berbice road project progresses, street lamps will be installed in the coming weeks. This was revealed during an assessment visit by Minister within the Ministry of Public Infrastructure, Annette Ferguson on April 30. 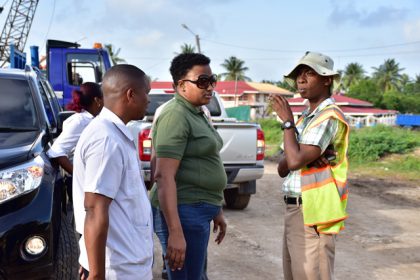 Minister within the Ministry of Public Infrastructure, Annette Ferguson being briefed by Resident Engineer, Joel Tucker.

According to Resident Engineer, Joel Tucker, the $1.2B rehabilitation project will see the installation of street lights beginning at Stanleytown and concluding at Everton Village. “The street lights should be installed very early this month and will see a significant improvement in terms of the lighting of the embankment even before it is completed.”

He explained that poles have already been installed and teams from the GWI, GPL and GTT are currently on the ground ensuring relocation of utilities.

The project to upgrade five kilometres of the roadway from Overwinning to Everton, officially began December 2017. To date, 2.5 kilometres of that stretch of roadway has been completed.

Minister Ferguson commended the team for works completed thus far, noting that 75 percent of the workforce on the project are residents from neighbouring communities. Minister Ferguson also highlighted some other aspects of the project, “we will also be doing two culverts and three concretes reinforced bridges, so as I said before works are moving apace”.

Some residents have expressed that the project has ensured that their commute is now hassle-free.

Imtaz Tallak said he is greatly relieved since residents and commuters have been awaiting the rehabilitation of the road. Floyd Jackson, a taxi driver said: “it’s been very difficult for the longest while for commuters to use this road… however, we have had a lot of change in Region Six in terms of the building of roads.” Jackson was also appreciative of the installation of street lamps which he noted will greatly help drivers, particularly traversing the road in the evenings. 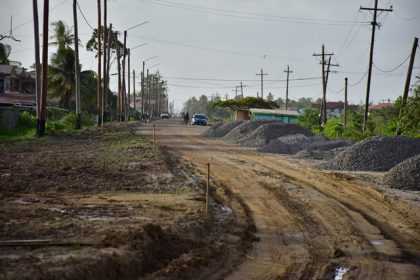 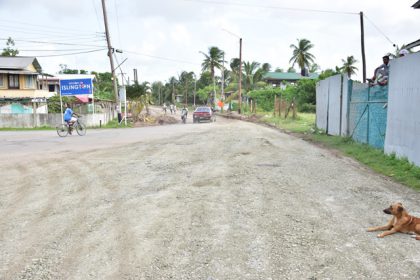 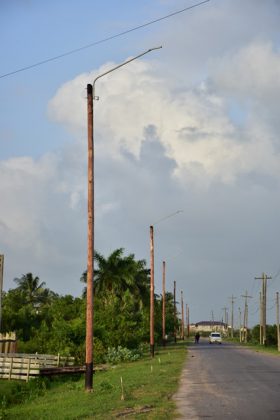