The revised Civil Aviation Bill will include stern measures against crew members found operating under the influence of alcohol or intoxicating substances. 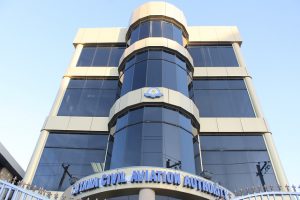 This is according to Director General of the Guyana Civil Aviation Authority (GCAA), Retired Lieutenant Colonel, Egbert Field who told the Department of Public Information (DPI) that the perpetrators would be fined and penalised. Also, people found trespassing on runways while an aircraft is in operation would be fined.

“These are new items included in the bill which seek to address care of aerodromes in the interior. There are a number of items in the bill that will make things clearer than the last civil aviation act. The last act was implemented when we were just being formed into an authority so many things were not included. Over the years, we have seen changes in aviation thus, this civil aviation bill will include all those items drawing on our experience,” Field explained.

The Civil Aviation Bill is currently before a parliamentary committee and should be finalised this month. The authority is in the process of revising its regulations. Stakeholders in the aviation industry and GCAA’s staff were instructed to present regulations to the Director-General who will peruse them before presenting them to the subject minister by July 15.

The first draft had to be relooked following comments and critical suggestions by stakeholders, Field said. “Regulations are difficult to put together when it comes to the aviation industry, especially one unique as Guyana. Because we derive or formulate our regulations from what the ICAO [International Civil Aviation Industry Organisation] puts out in its annexes. But those are really international regulations. We have to retool the regulations and annexes into ours to accommodate the size and operation we are doing in our domestic industry.”

Even as the regulations are being retooled, the authority will remain within the ambit of safety and security and compliance with ICAO.