Surama Eco-Lodge preparing to boost its package in 2018

The Surama Eco-Lodge, in the North Rupununi, Region Nine, is slated to undergo further development in the coming year. In an interview with the Department of Public Information (DPI), Senior Village Councillor, Anthony Andries disclosed that plans and discussions have already begun for the implementation of these upgrades. 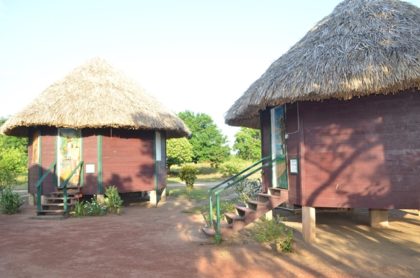 Andries noted that Surama currently has ten programmes for visitors to the Eco Lodge. He explained, one of the strategies will involve developing a package that caters to specific clients. “The more adventurous, the ones that would like to do things like cross-country hiking, we have never done that so we want to do a roundabout, like a five to six days hiking.”

The Surama village council is currently in discussions with tour companies from Brazil and Trinidad about the packages the community has to offer to tourist from their respective countries.

Andries disclosed that plans are on stream in 2018 to further rehabilitate the current infrastructure. There will be new additions to the Lodge to accommodate more persons. “We are not going to go too big but we want to have it at a level which will be more beneficial to us.” 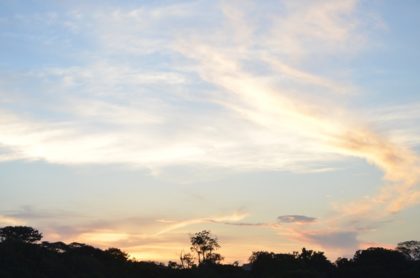 A view of the morning sky at the Surama Eco- Lodge.

Over the last year, the service at the Eco-Lodge has improved with the installation of a 24-hour Solar Power System.

Emphasis is also placed on the training of staff which will remain a top priority. “Our service and hospitality is something that will definitely bring our visitors back and there is always room for improvement in that area”, he noted.

The indigenous community of Surama is situated in five square miles of savannah land in the North Rupununi, Region Nine. It is surrounded by forest, hills and the Pakaraima mountain range. The residents – mainly Makushi – live simply according to the laws of nature.

Interestingly, the name Surama (originally Shuramata) means the place of spoiled bar-b-que (or where bar-b-que spoiled). It was derived following a tribal conflict between the Makushi and Carib people many years ago.