Switch on to Climate Change

─ “The most important landmarks are ourselves so we should switch on our heads and try to figure out how each of us on a level of a citizen can contribute to the fight against Climate Change” – EU, Karel Lizerot

As millions worldwide joined in restating their commitment to the preservation of the earth, World Wildlife Fund (WWF) Guyana hosted their annual Earth Hour observance at the National Park on Saturday last. 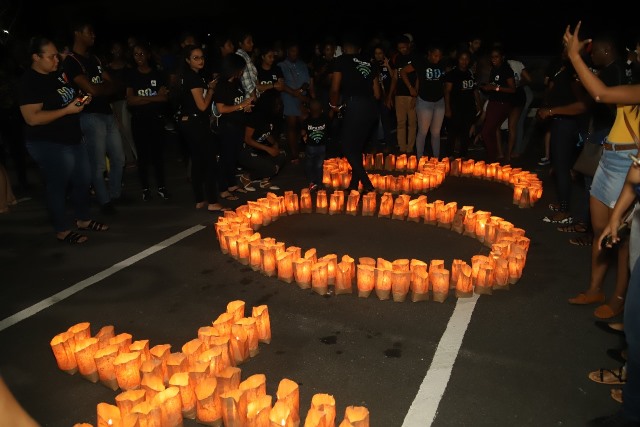 The programme exhibited the importance of preserving water and Guyana’s forestry on a stage that displayed elements such as green plants to highlight the pursuit of a green economy. The University of Guyana’s Biology and Natural Sciences students were involved in channelling the message in the programme through cultural pieces, while presentations from partnering organisations such as the European Union (EU), Protected Areas Commission (PAC) and the Environmental Protection Agency (EPA) were made to reinforce the message.

Head of the WWF Guyana, Aiesha Williams said, “Globally nature and biodiversity is under threat and the Earth Hour involvement has not shifted away from Climate Change but has added on biodiversity laws and has raised awareness in countries worldwide and in Guyana.” 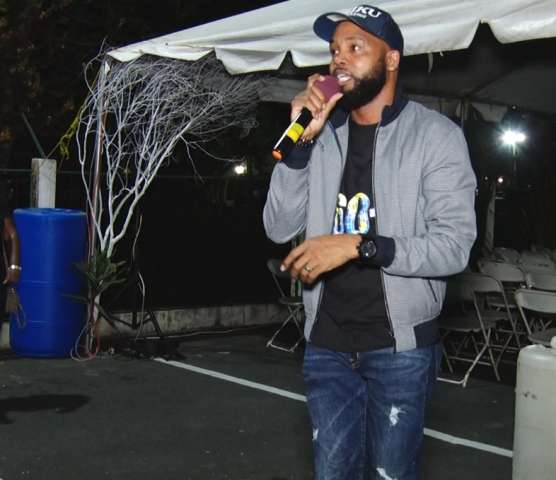 President of UGSS, Devita Ramroop speaking to the Department of Public Information (DPI). 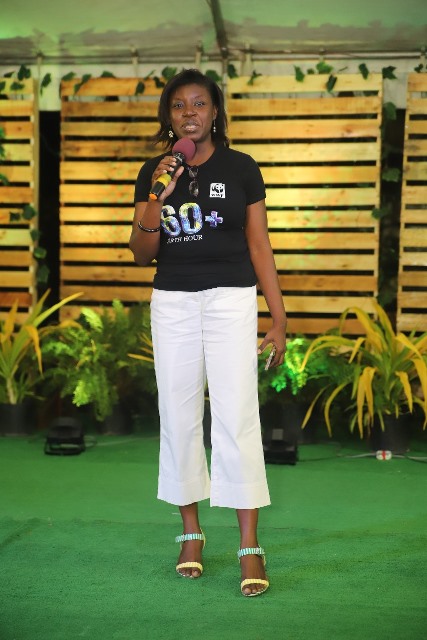 Performance during the Earth Hour observance. 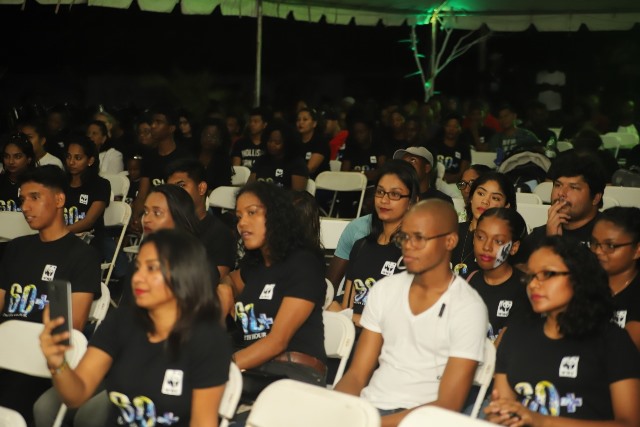 Earth Hour practice was on Saturday between 20:30hrs and 21:30hrs.  Worldwide, the observance entails switching off electric lights that contribute to the effects of Climate Change.

Head of Cooperation at the European Union (EU), Karel Lizerot who was also present at the concert said “even though landmarks will be switching off the lights for this event, the most important landmarks are ourselves. So, we should switch on our heads and try to figure out how each of us on a level of a citizen can contribute to the fight against Climate Change.”

The president of the University of Guyana’s Student Society, Devita Ramroop confessed that as a biology major and natural scientist, she is an environmentalist and conservationist at heart. “As humans, there are little things we can do to protect our earth, and this is one small thing that we can do to show our commitment to the earth.”

There was a guest appearance from local Gospel singer, Saiku, who serenaded the atmosphere with one of his latest songs, ‘Light it Up’ as the participants engaged in the symbolic lighting of 60 emblems to conclude the ceremony.